ViaCyte vs. Vertex: The Competition for a T1D Practical Cure

The type 1 diabetes (T1D) Practical Cure pathway which has received the most media coverage lately has been the development of stem cell therapies for T1D. These treatments offer hope that insulin-producing cells derived from stem cells could someday replace the need to manage T1D with insulin.

Two commercial entities are responsible for most of the chatter in the press: ViaCyte, the regenerative medicine start-up funded largely by California state bonds, and Vertex, the Boston pharma giant with several blockbuster Cystic Fibrosis drugs on the market. Each of these companies has clinical trials where people with T1D receive injections of lab-developed cells to test the cells’ ability to automatically respond to changes in blood glucose.

As much hope as this pathway inspires, there are significant hurdles to making the treatment available to everybody. First, the companies have very different approaches to developing the cells and there is not enough information today to determine which method is better. Also, the only known way to protect the cells from immune rejection is to give the person immunosuppressive drugs which are not safe for most people with T1D. Both companies plan to address this problem in future iterations of their products.

ViaCyte has patented a process which mimics the one by which a human pancreas grows in nature. In a lab, ViaCyte scientists act like supportive parents or schoolteachers, supplying the conditions in which the cells can grow in the way that they want them to grow – that is, to develop into something they call a “pancreatic progenitor.”  At this stage, the cells are not specialized enough to produce insulin. However, the company loads the still underdeveloped cells into a device and implants them into a person with T1D. The hope is that by allowing the cells to finish their growth in the body, there may be a better chance that they will not be rejected by the foreign body response.

ViaCyte has experienced numerous successes and failures since it began testing it’s cells in people back in 2014. Currently, the company has three different products in the pipeline, each uses a different technique to keep the cells alive in the body: 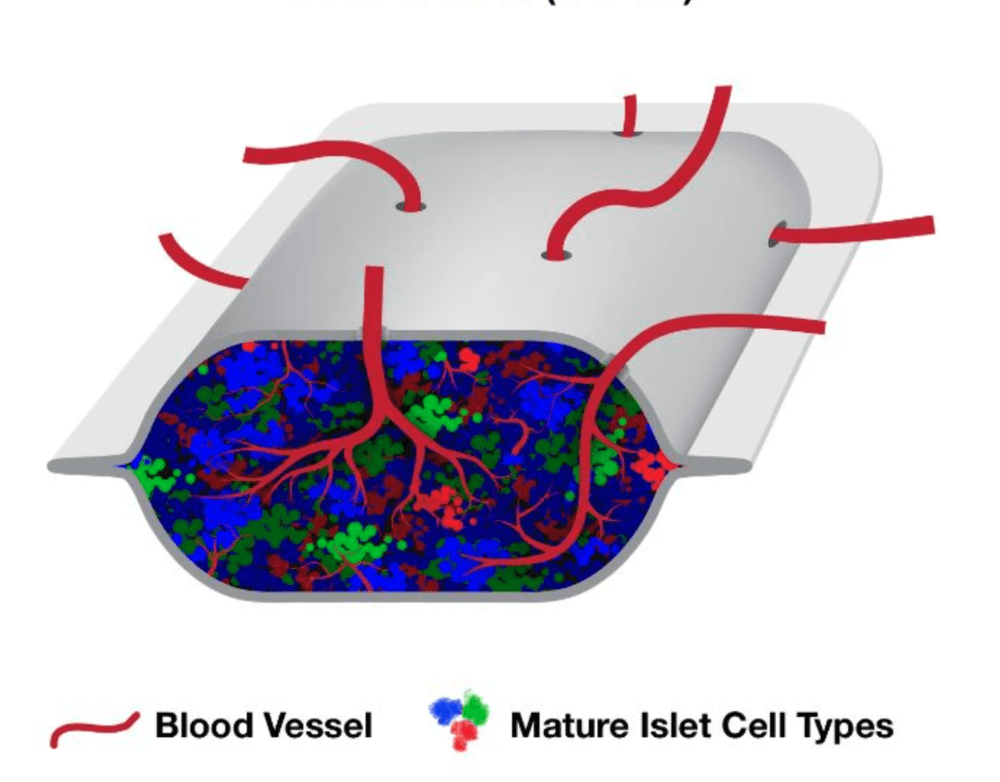 PEC-Direct is the “first-generation” product in which the ViaCyte device is implanted alongside full-body immunosuppressive drugs. In 2021, results were published from a clinical trial that showed that the ViaCyte cells were able to produce some insulin. However, they did not produce enough insulin that anybody in the trial was able to replace their day-to-day T1D treatment.

Instead of relying on immunosuppression, PEC-Encap protects the ViaCyte cells with a membrane developed in partnership with the company that makes Gore-Tex. From the outside, this partnership is intriguing because Gore-Tex is popular for its patented breathable fabric that lets sweat out without letting water in. One of the big challenges with encapsulating islet cells has historically been the difficulty of letting insulin and glucagon out without letting the killer T-Cells (immune rejecting cells) in.

Last year, ViaCyte shared with the JDCA that it had to pause the PEC-Encap clinical trial, but that it would go back to the drawing board and restart the trial in 2022.

PEC-QT cells are protected from immune rejection without immunosuppression because they are edited, using a gene-editing technique called CRISPR-Cas9, to be invisible to the immune system. The first patient in a safety trial of these cells was dosed in early 2022. The trial is purely testing safety, as this is the first time a CRISPR-Cas9 product will ever be tested for its ability to treat or cure T1D. We will share the results when they are available. 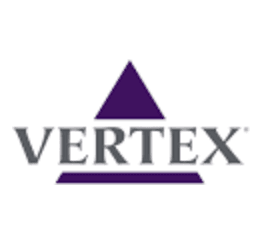 In 2016, Vertex acquired the Harvard spin-out Semma Therapeutics, and its potentially infinite line of insulin-producing cells, for $950 million. Since then, it has developed a product candidate based on the stem cell line, called “VX-880,” which is currently in human trials. Unlike the ViaCyte product, which is implanted as a pancreatic progenitor, VX-880 stem cells are fully functional, insulin-producing cells, right off the shelf.

Vertex got a lot of notoriety when it shared that an immunosuppressed former postal worker with T1D was mostly off external insulin 90 days after receiving VX-880. This result was truly unprecedented in stem-cell research for T1D and inspired a great deal of hope in the community. However, it’s important to note when a company shares results in a press release, the intention is to inspire hope and, more importantly, investment in the company. We’ll continue to monitor this trial closely as more data is made public.

To date, Vertex has not shared details of its plan to protect the stem cells from immune rejection without immunosuppression. However, the company says it will file an investigational new drug license to test this product in clinical trials in 2022.

Which Approach is Better? Time Will Tell.

A review published last year in the Journal of Clinical Investigation expressed how the different approaches the companies are taking to developing cells might make all the difference in their results. It read, “ViaCyte has pinned its hopes on undirected differentiation from pancreatic endoderm to islet endocrine tissue, [while] Vertex has opted to take the cells further along the directed differentiation pathway, which might explain the marked difference in outcome to date.” (x)

Time will tell which approach is better suited to ultimately provide a stem cell solution for T1D. In our view, the big news is that there are now two well-funded companies urgently pressing toward a T1D Practical Cure.