This is the 11th annual review of executive pay at the major T1D nonprofits – JDRF and the American Diabetes Association (ADA).

Diabetes nonprofit executives are among the highest paid in their field, topped by ADA CEO Tracey Brown who made over $1 million in Fiscal Year (FY) 2020. These leaders are within the top 1% of earners in the United States and earn more than the highest level executives at similarly sized nonprofits.

Although their paychecks are large, the JDCA believes that this is appropriate to attract and retain highly qualified leaders who are able to deliver clear progress towards a T1D cure. The ADA and JDRF executives are in a rare position to direct substantial resources and manpower towards a T1D cure. The key question each reader should ask in terms of compensation is, “Did the executives lead their organizations to deliver enough progress toward a T1D cure to justify these high salaries?”

Under the current pay structures only a small portion of executive compensation is based directly upon performance. The majority is fixed and guaranteed for as long as the executive maintains their position. Further, there is currently no way for donors to influence the pay of executives. We believe that by evolving compensation models to focus on cure progress and providing donors with a ‘say on pay,’ T1D non-profits can accelerate a T1D cure.

COVID presented executives with a unique challenge that we’ve discussed at length in other reports, and it also impacted executive compensation. None of the CEOs whose organizations we track received any bonus compensation during the past year with the notable exception of the ADA, whose board saw fit to reward the CEO with a $359,000 bonus during a time when the organization constricted substantially.

The only JDRF executives to receive a bonus during the past year were those associated with the T1D Fund who, presumably, received a bonus when several equity positions were sold by the fund for a profit. T1D Fund co-Managing Director Steven St. Peter was the highest compensated JDRF employee in FY2021.

Top executives at the highest performing for-profit companies often have the majority of their annual compensation directly related to performance. The better the company does in achieving its objectives, the more the executives are compensated. Such compensation provides a powerful personal incentive to drive the company towards results that also benefit stakeholders and shareholders.

This model generally does not carry over to non-profit organizations. We believe this is a missed opportunity to drive urgency, focus, and overall performance towards achieving organizational goals.

How "Say on Pay" Can Help Deliver a Practical Cure

JDRF and ADA compensation decisions are not made transparent to donors. A committee within the Board of Directors establishes a compensation strategy and provides annual approval for any performance-based pay and the average donor is given no input or transparency regarding the decision.

The JDCA recommends adopting a “say on pay” model to develop the relationship between executive compensation and donor interest. Corporations with “say on pay” provisions allow shareholders to vote on specific aspects of executive compensation, such as pay structure, base pay, and bonus amounts. “Say on pay” would make T1D nonprofit executives accountable to T1D donors in the way for-profit executives are accountable to shareholders. 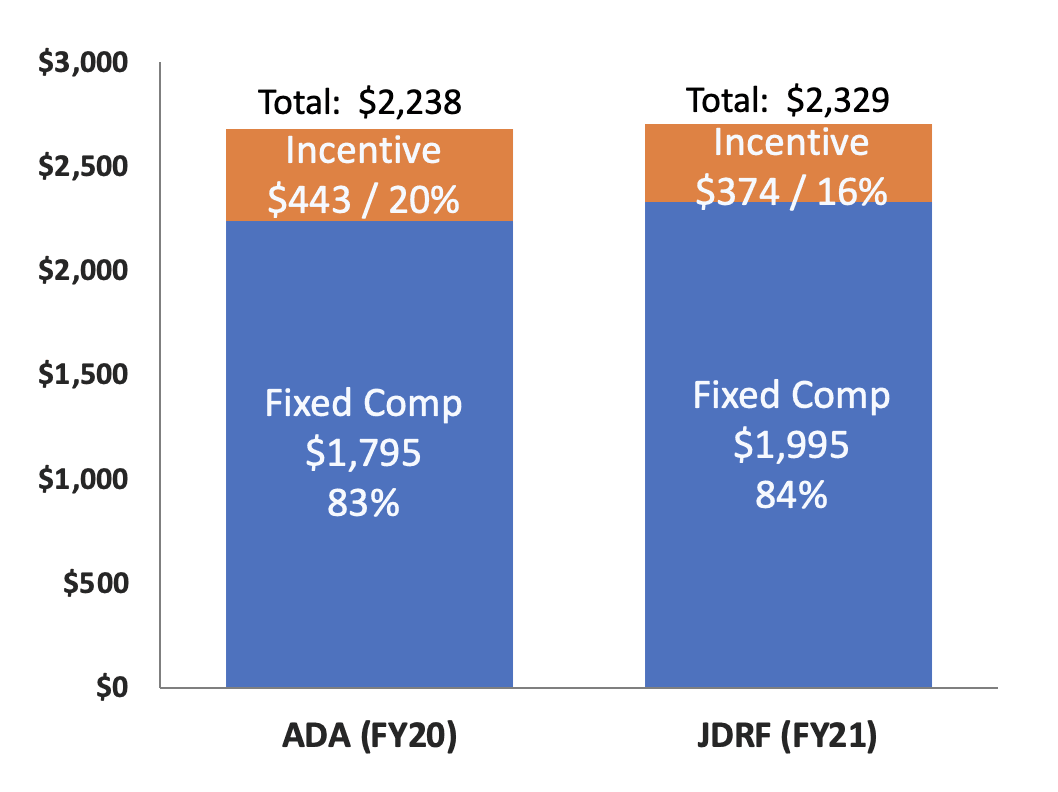 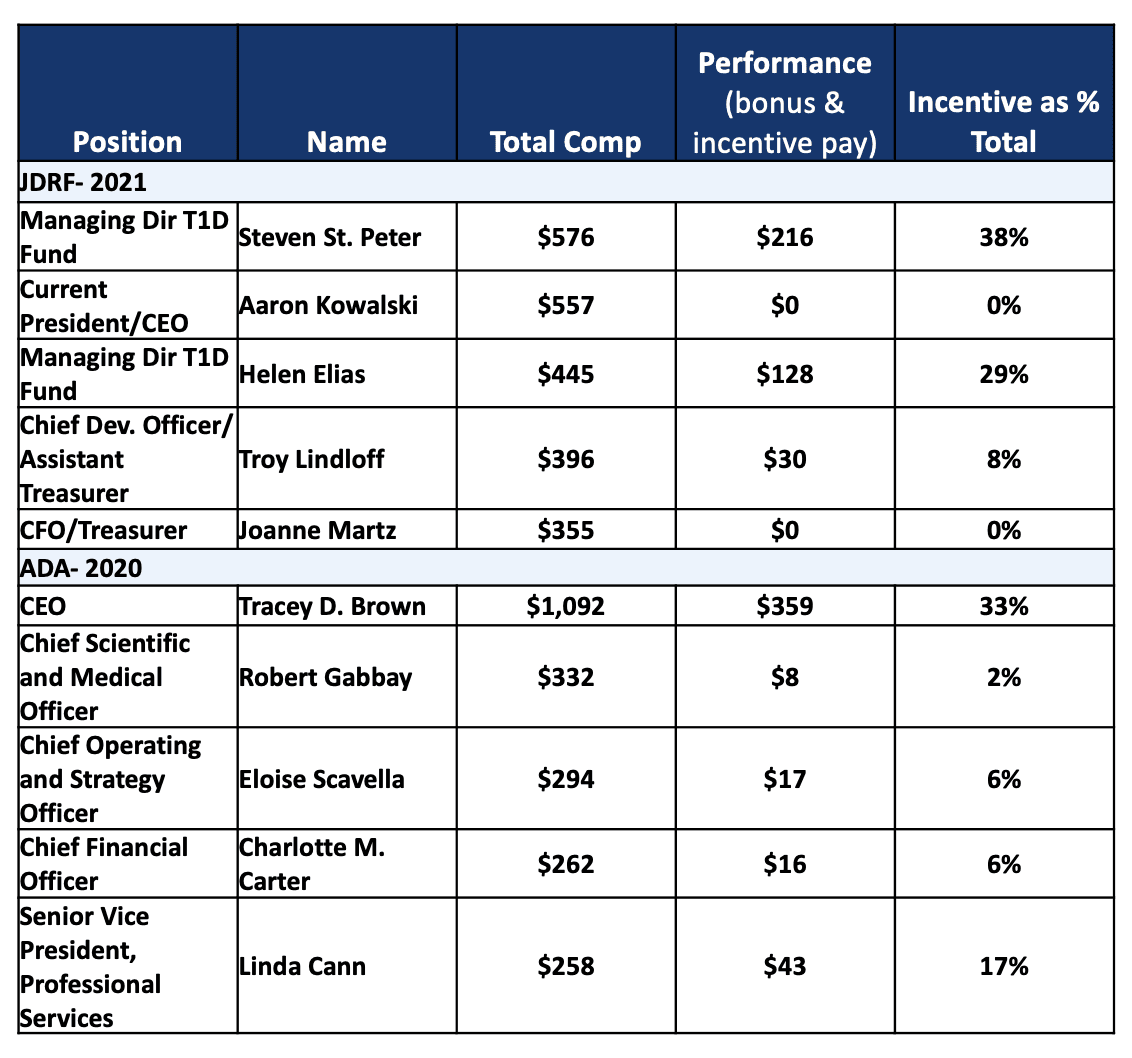