This report analyzes the research grants that JDRF funded in Fiscal Year (FY) 2020. JDRF is a powerhouse in the T1D research funding landscape, raising hundreds of millions of dollars a year from individual donors. Outside of governments and for-profit companies, it is the largest single funder of T1D research in the world. In our view, no organization is in a better position to bring about a T1D cure breakthrough.

During FY 2020, JDRF spent $69 million of its $210 million revenue (33%) on research grants. See opening chart. This represents a 20-year low in both absolute dollars and as a percentage of total revenue.

This drop in research grant spending led to declines in funding across most areas of research. Cure research in human and/or animal testing (known as “in vivo” research) was cut by -28% between FY 2019 and FY 2020 and -52% between FY 2014 and FY 2020. Even though JDRF’s donors prioritize cure research over other spending categories, no research area has declined as much in absolute dollars over the past 5 years.

Note: To conduct this report, the JDCA utilized the publicly available JDRF Grant Center, which provides funding and timeline information for every grant JDRF has ever distributed. Using the data provided, the JDCA isolated all grants active in FY 2020, estimated the funding received within that time frame, and individually categorized each of the grants based on the definitions outlined in Appendix A. 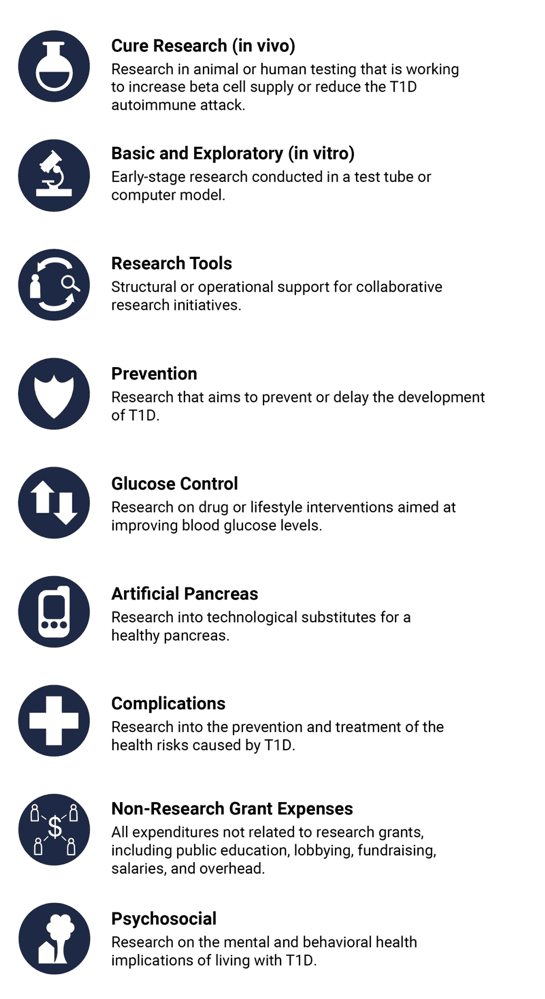 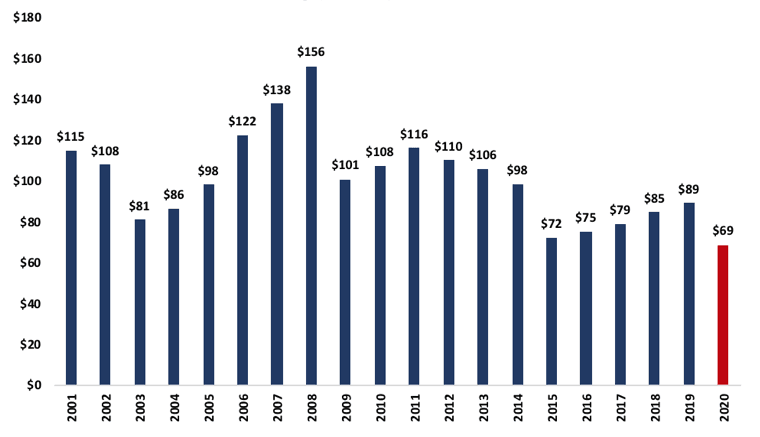 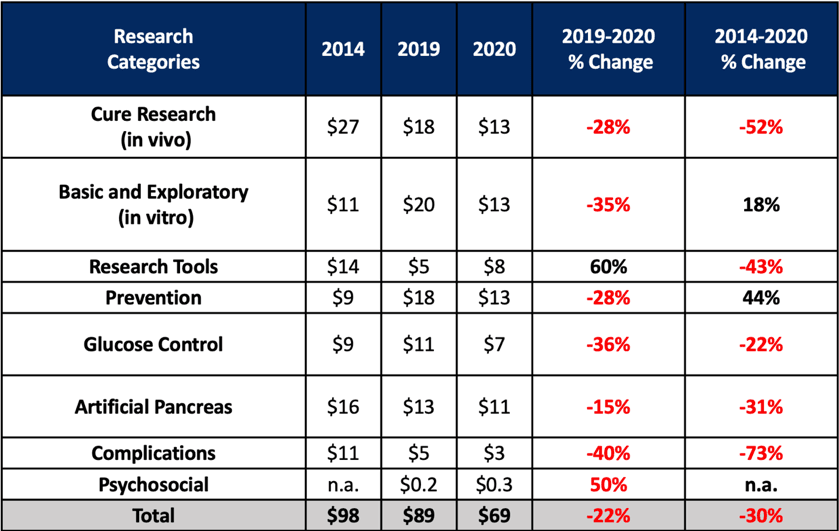