This is the ninth annual review of advertising messaging used by the ADA and JDRF to promote fundraising events. Combined, the ADA and JDRF advertised for 218 national events during 2020, down from 231 in 2019.

COVID-19 directly impacted the fundraising events that generate a significant portion of revenue for both JDRF and the ADA. Starting in March, walks, galas, and bike rides were either moved to a virtual platform, rescheduled, or canceled. As a result, JDRF announced that it expects to experience a 40% drop in revenue in 2020, and the ADA will likely suffer losses as well.

Like prior years, almost all of the ADA and JDRF fundraising event advertising promised to use proceeds to fund cure research. However, only 8% of JDRF income and 2.4% of ADA income was actually used to fund cure research in 2019, while the majority of revenue was allocated towards overhead, salaries, public education, advocacy, and non-cure research. See Figure 1. 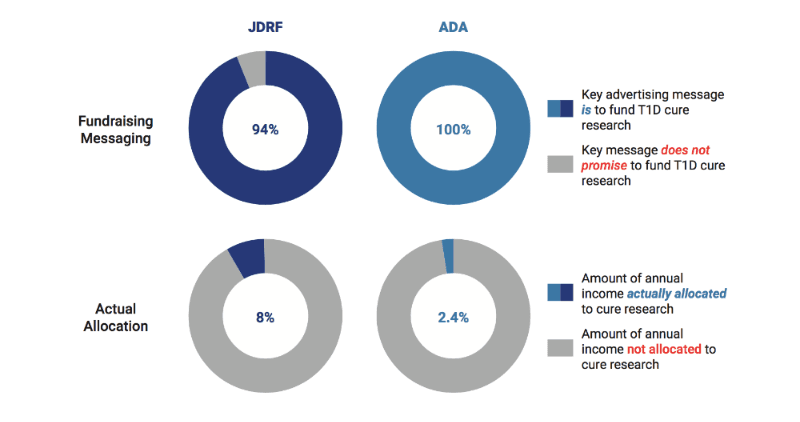 Summary Points:
Nearly all major fundraising events in 2020 were virtual due to COVID.

The central advertising promise of these events affirms that fundraising proceeds will be used for cure research.

Figure 2: Percentage of Events that Feature a Cure Promise by Year 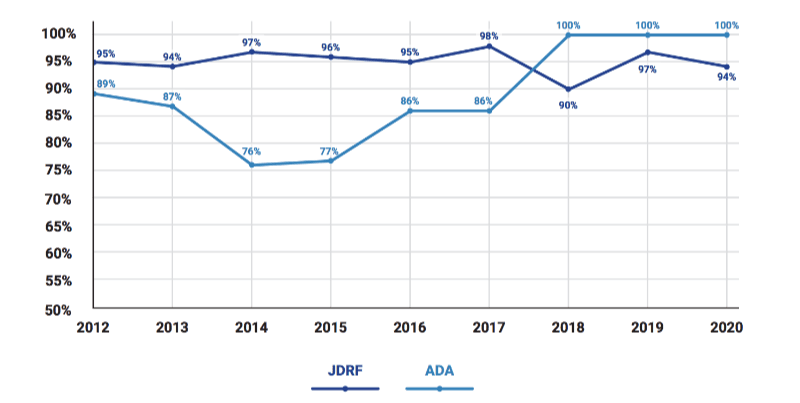 However, only a small amount of the money raised is actually used to fund cure research.