This report provides an update on Stem Cell Educator (SCE) therapy, which was noted in the 2019 State of the Cure as a potential Practical Cure for type 1 diabetes. SCE therapy is exclusively licensed to Tianhe Stem Cell Biotechnologies, Inc., a private for-profit company that Dr. Yong Zhao founded based on immunomodulation research he conducted at the University of Illinois, Chicago. Tianhe started testing SCE therapy in people with T1D in China and Spain in 2011. It is currently involved in five active T1D trials. See Appendix A.

Since bringing this therapy off the bench and into humans, Zhao’s patients have seen mixed results. A 2017 publication reported that two patients with early-onset T1D achieved and maintained insulin independence for four years after receiving one SCE treatment. In the same publication, Zhao reported that seven patients with fully established T1D did not see materially significant increases in insulin production after receiving one SCE treatment. 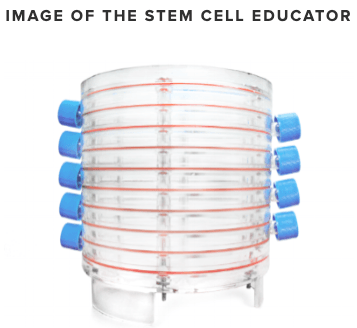 Research participants undergo a three-part treatment. First, blood is drawn from the patient and the immune system cells are isolated and separated out. Then, over several hours, the cells are passed through the Stem Cell Educator, a medical instrument consisting of multiple levels of petri-dishes containing umbilical-cord stem cells. Zhao's theory is that the stem cells can retrain the immune cells to no longer attack insulin-producing beta cells. Finally, the treated blood is returned back to the patient. One key benefit of this process is that it uses the person's own blood supply, minimizing the introduction of any foreign substance into the body. The procedure takes place in the hospital and takes two to three hours.

Following up on a ten-person phase-I safety trial in Hackensack, NJ, Tianhe received FDA approval in November 2019 to start a phase-II/III trial testing the efficacy of the therapy. It will be the first US-based efficacy trial of SCE therapy in T1D patients, and it will enroll 50 patients with a mix of recent-onset and fully established T1D. These patients will be tracked for one year after receiving the therapy; every three months their c-peptide, external insulin, and HBA1C levels will be monitored by researchers.

While it is encouraging to see Practical Cure research advance from a phase-I safety trial to a phase-II efficacy trial, investigators may be hanging their hats on the chance that the therapy will show efficacy for the patient population with early-onset, and not fully established, T1D. In an email to the JDCA, Zhao stated that patients “sooner after diagnosis” have a “better chance to recover (beta cell mass) after SCE therapy.” While he is confident that the “trial will be successful for the treatment of recent onset T1D,” SCE therapy’s effectiveness for people with little or no remaining beta-cell functionality remains an open question. The JDCA will monitor closely how patients with fully established T1D fare in the trial.

On March 6, 2020, Tianhe posted a new clinical trial which will test SCE therapy in patients with COVID-19. The researchers believe that COVID-19, like the T1D autoimmune attack, induces an inappropriate immune system reaction that can result in serious damage to its host. Consequently, Zhao hopes treatment by SCE therapy can turn down the immune system response and therefore improve outcomes for people with the virus. 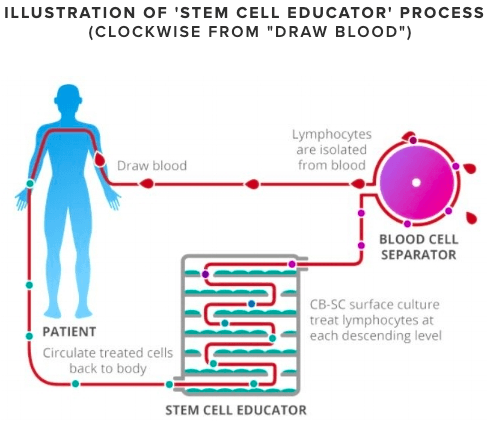 In November 2019, Tianhe received FDA approval for a phase-II/III trial in patients with T1D (discussed above). The trial will enroll 50 patients and will measure their ability to produce insulin 12 months after receiving the treatment.

This 100-person trial started in November 2017 at the Chinese PLA General Hospital in Beijing. The purpose of this trial is to test two SCE treatments, given two months apart, in order to improve the efficacy of the treatment for people with fully established T1D.

Title: A Pilot Study of the Therapeutic Potential of Stem Cell Educator Therapy in Type 1 Diabetes

This 10-person trial is primarily testing the safety of the Stem Cell Educator device at Hackensack University Medical Hospital. There are no efficacy measures, such as c-peptide or HBA1C levels, tracked as primary or secondary outcomes.

This trial, taking place at Second Xiangya Hospital of Central South University in Hunan Provence, will primarily test the safety of the SCE technology in children between the ages of three and 18.

This trial, which started testing for safety and efficacy of the Stem Cell Educator technology in 2011 in hospitals in China and Spain, is ongoing and testing 100 patients with both recent-onset and fully established T1D.