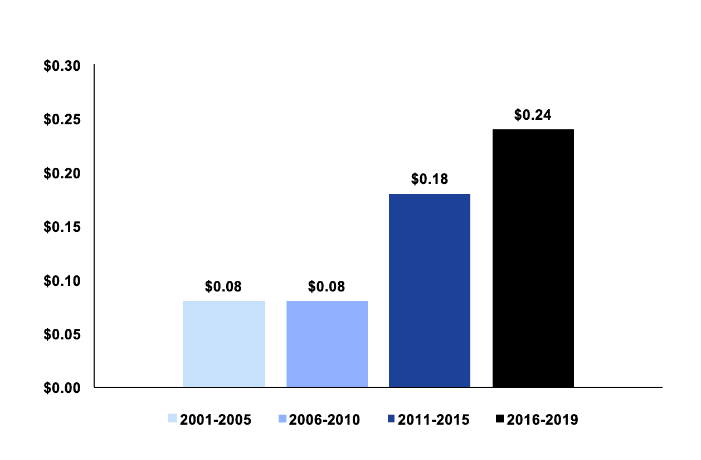 This report examines JDRF's internal costs for administering research grants (expenses related to giving money to research projects including salary, bonuses, meetings, etc.). The costs do not include other principal spending categories like public education and fundraising. Over the past ten years, this cost has increased +216% while actual research grant spending has declined -43%.

This type of increase would only be justified by material progress toward research breakthroughs—something which has not yet been achieved. Because almost all JDRF revenue comes from donors, JDRF has a responsibility to provide the T1D community with a clear rationale for the substantial increase in administration costs and actively evaluate whether or not the substantially higher internal costs have resulted in increased research achievements and accelerated progress toward a T1D cure.

JDRF reclassified a large portion of their internal administration costs related to research (Other Research Support Expenses) in both their 2019 financial statements, and, retroactively, in their 2018 statements. This report uses only the official reclassified numbers.

The reclassification was enabled by an accounting rule guidance released in 2016 by the Financial Accounting Standards Board (FASB*). This guidance was utilized by JDRF for the first time in 2019.

Internal costs for administering research grants saw the biggest reduction of any category in the 2018 restatement (-19%). See Appendix B. As a result, this one-time change provides the appearance of a dramatic improvement in efficiency. However, in actuality, the expenses did not go away, they were simply moved to another spending category in the P&L. The choice to reduce this specific category appears to be a direct result of the JDCA, which began actively analyzing and reporting on the increasing internal research costs associated with giving research grants in 2014.

Although JDRF’s reclassification was motivated by legitimate rule guidance recommendations, the FASB rule also calls for an explanation of the reclassification: “not-for-profits will now disclose the methods used to allocate expenses to the functional categories.” The JDCA has contacted both the JDRF and KPMG (JDRF’s accounting firm) asking for the method and rationale used to reallocate expenses and has not received a reply to date.

* The Financial Accounting Standards Board (FASB) is the organization that establishes financial accounting and reporting standards for not-for-profit organizations. 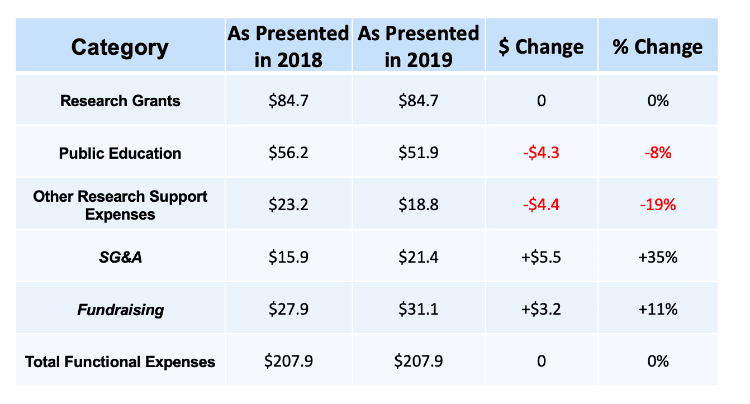 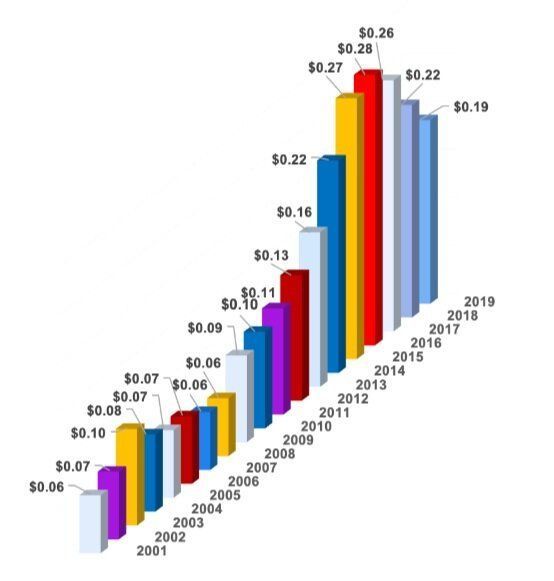