JDRF published its 2019 audited financial statements and IRS Form 990 on February 14, 2020. This report is the second in a series covering these financial disclosures. The first provided a high-level overview of the organization’s finances. This one will focus on JDRF revenue and expenses.

In examining these categories, one number that hops off the page is JDRF 2019 revenue, which, at $232 million, tied the all-time record high previously set in 2008. Tying that record demonstrates JDRF’s continued exceptional strength in fundraising.

Yet, there is a major difference between these two record revenue years in how JDRF used the money raised. In 2008, the organization gave $159 million to research grants, 67% of total revenue. Comparatively, in 2019, JDRF directed just $89 million to this category, 38% of revenue, roughly one half of the 2008 number. While research dropped, all other spending categories, including education, advocacy, salaries, and payroll have doubled.

As demonstrated by a record tying revenue year, JDRF continues to be a highly effective fundraising organization. Revenue highlights include:

Appendix A: JDRF Yearly Income (in millions) Since 2005 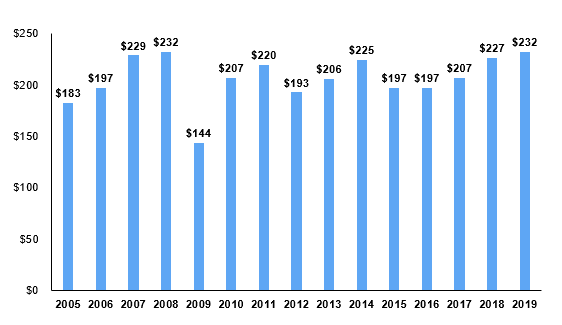 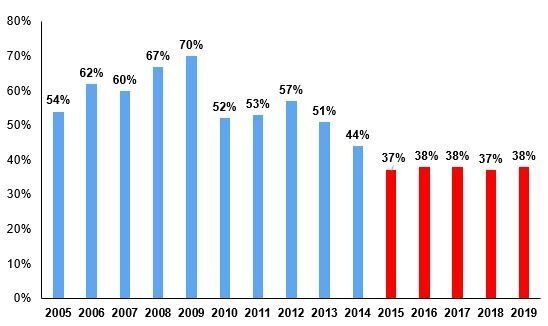 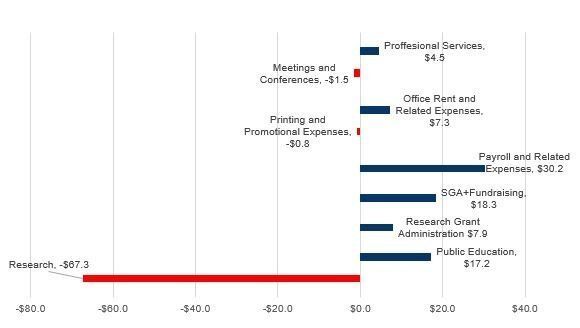