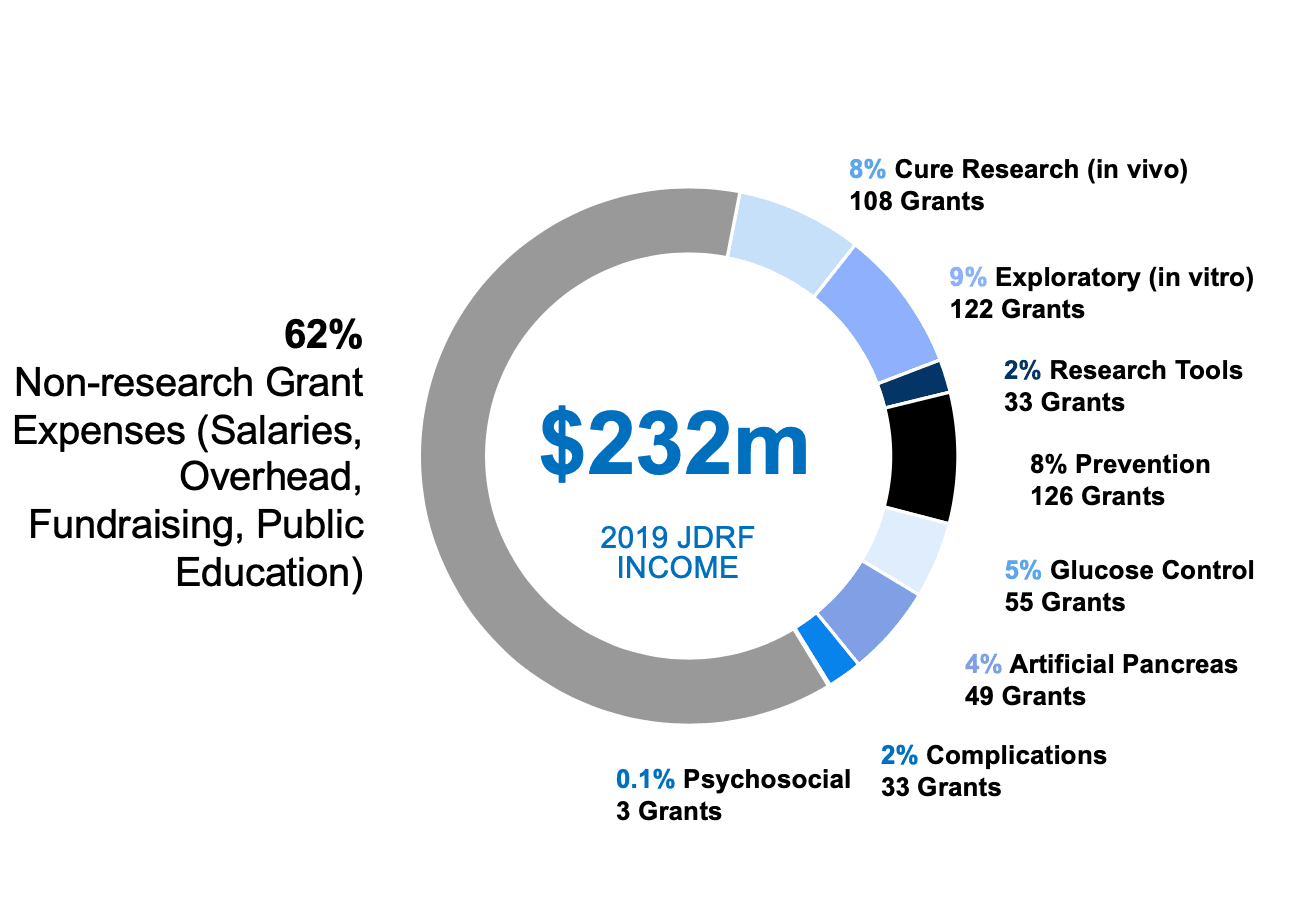 This report provides an analysis of grants given by JDRF during FY (Fiscal Year) 2019 alongside historical trend data since 2014. In the last five years, JDRF has decreased the amount of funding that goes to research progressed enough to be testing in humans or animals (“in-vivo”). In 2019, JDRF only funded two Practical Cure research grants.

During the past five years, the JDRF research funding strategy appears to have become much less focused. Less money is being spent on more projects than five years ago. It is worth noting that there was a leadership shift at JDRF and these numbers reflect the legacy of the prior administration. The new CEO has verbally committed to laying out a clear research roadmap towards a functional cure and we look forward to seeing that reflected in next year’s analysis.

The one research area that is clearly receiving more attention is prevention. While it would be wonderful to have a solution that prevents T1D for all future generations, such a solution would not improve the quality of life with people living with the disease. 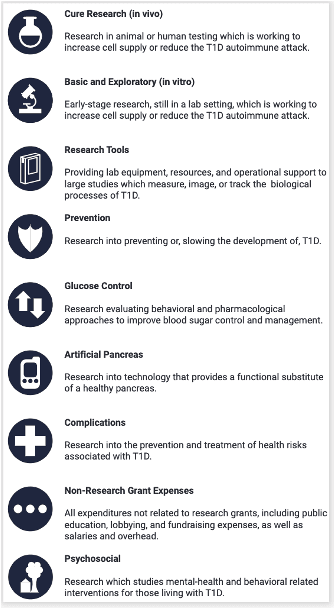 Appendix B: JDRF Grant Spending by Category since 2014 (in millions) 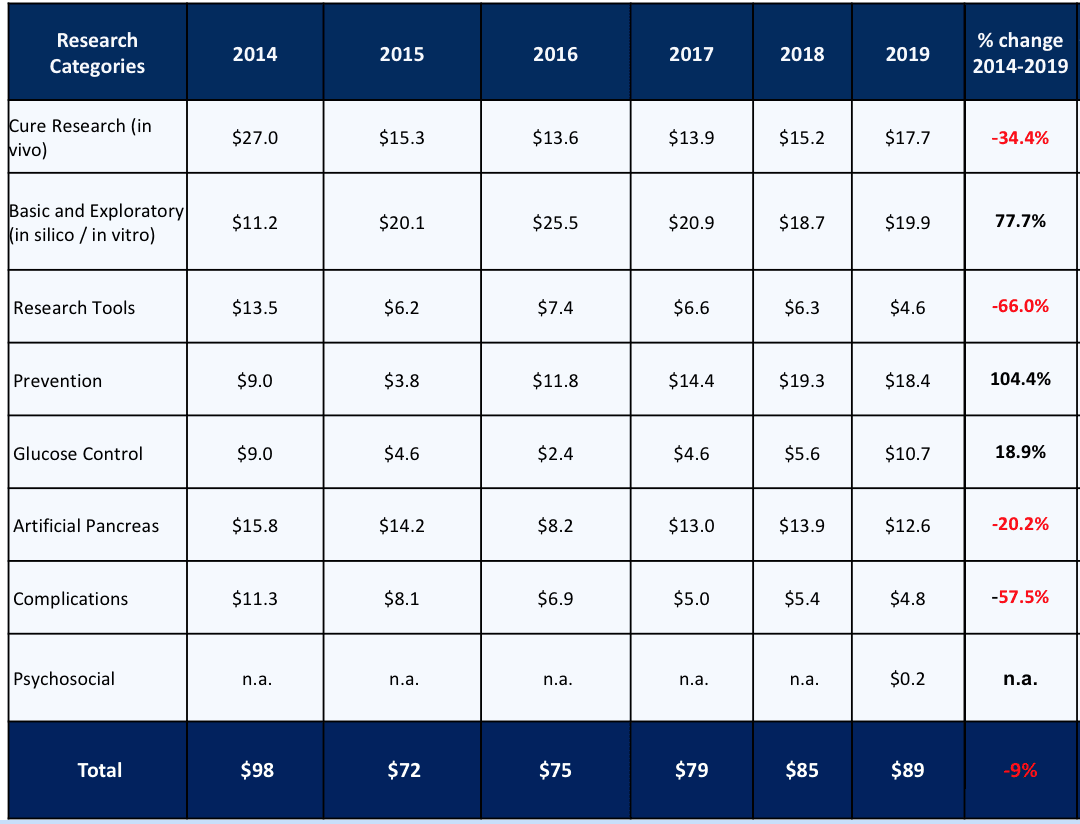 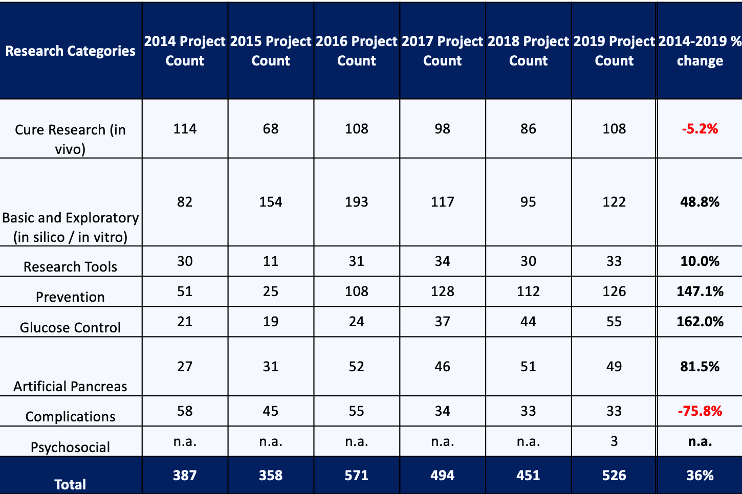