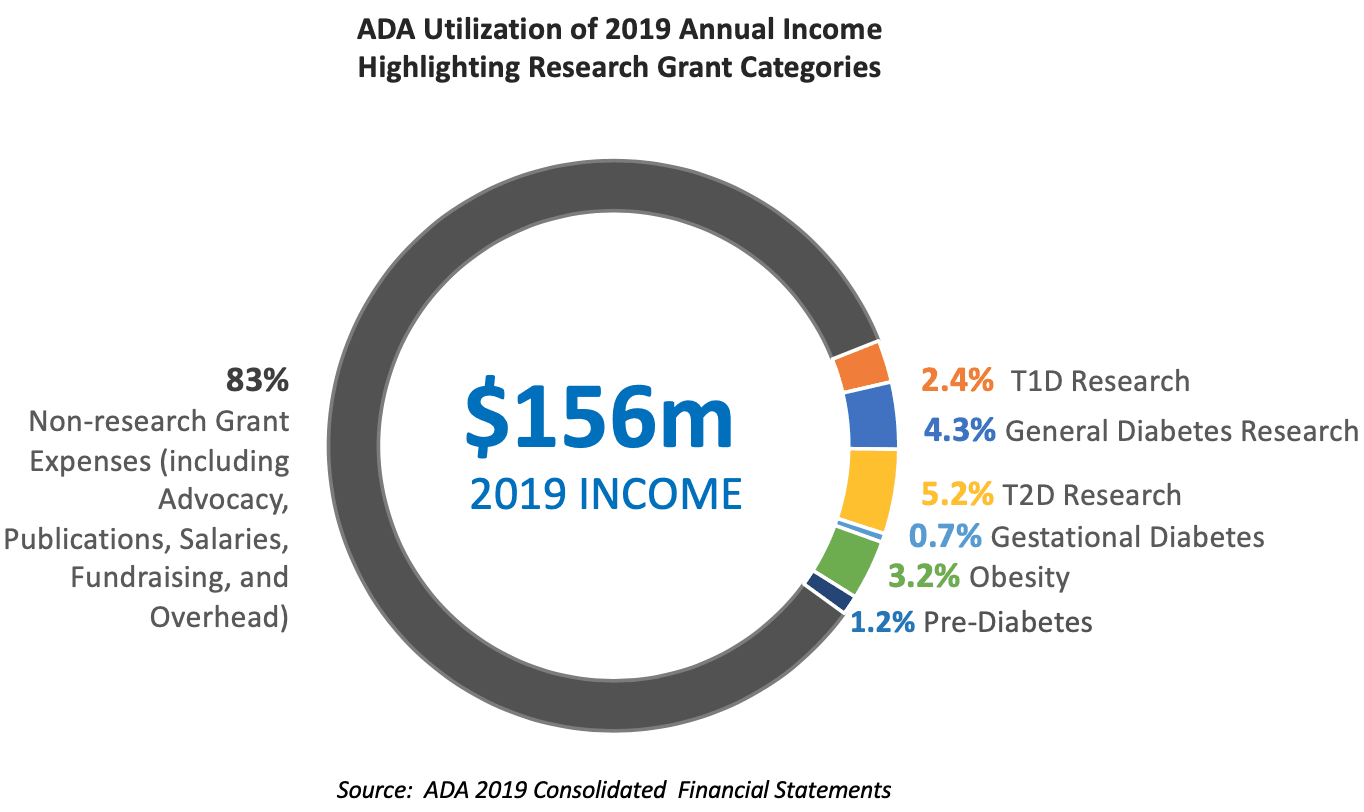 Last week, the American Diabetes Association (ADA) released its 2019 audited financial statements. This is the eighth year the JDCA has reviewed the ADA’s financial documents and little has changed in that time period. The ADA spends only a small portion of its annual budget to fund research grants (17%) and an even smaller amount on research that is specifically focused on T1D (2.4%).

The majority of the ADA’s resources are not used to fund research but are instead directed to publishing, advocacy, fundraising, salaries, and overhead. Much of this activity, as well as the majority of its research grant funding, is focused on T2D. Still, the ADA markets itself as though it equally represents all people with diabetes. Based on how it allocates its research resources, the ADA is predominantly a T2D organization.

Message for the T1D Community

Today, the ADA is not the choice for donors seeking to support a T1D cure. However, should the organization choose to adjust its priorities and focus more on T1D, its access in Washington and its research centers around the world could be harassed to make a real difference for people with T1D.

Appendix A: ADA Annual Revenue Since 2008 (in millions) 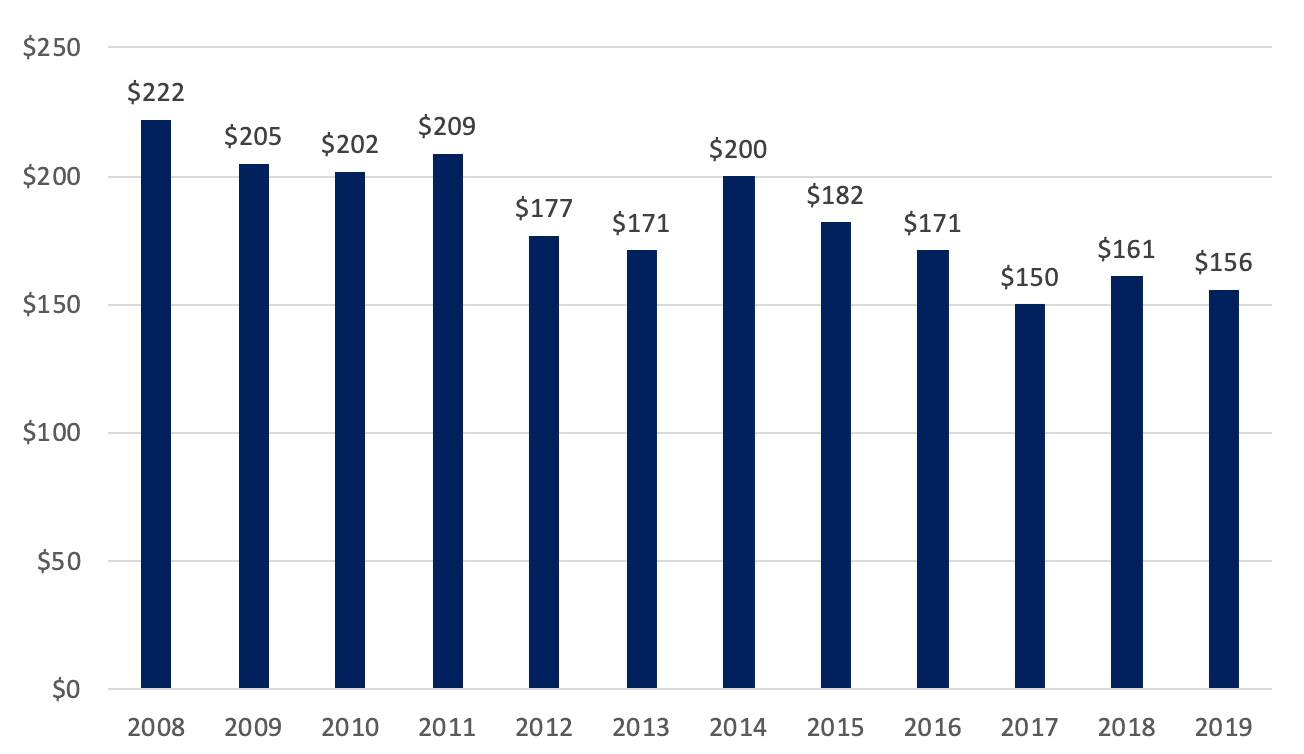 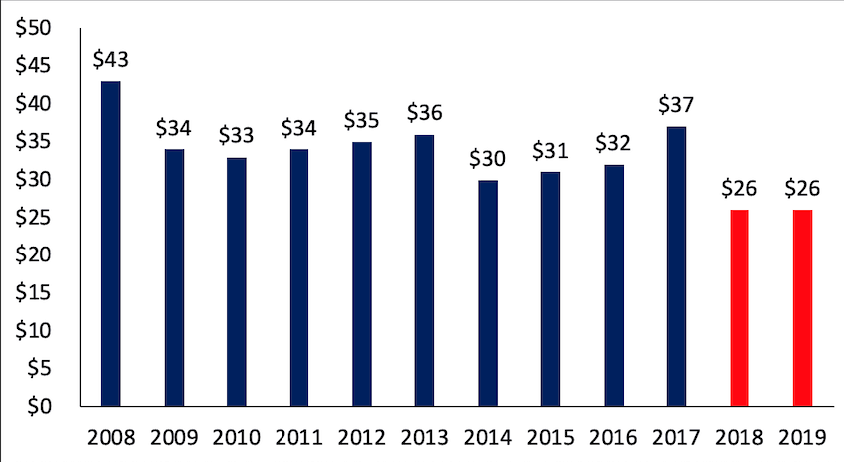