This report focuses on ViaCyte’s islet cell replacement therapies, identified as a Practical Cure in the 2018 State of the Cure for T1D, and features an interview with ViaCyte president and CEO Paul Laikind. ViaCyte Inc. is a for-profit company located in California.

ViaCyte has developed their own line of pancreatic progenitor cells, derived from an embryonic stem cell line, that once implanted are expected to develop into insulin-producing islets. Because the stem cells are capable of self-renewing and can be directed to form insulin producing cells, the hypothesis is that this will resolve the issue of cell supply. Assuming successful delivery and engraftment, this could potentially eliminate the need for insulin completely. As noted in the opening bullets, ViaCyte is also developing two devices to deliver and house the cells for the PEC-Encap and PEC-Direct product candidates.

The PEC-Encap approach utilizes an encapsulation device called the Encaptra Cell Delivery System which houses the cells in a thin, flexible device about half the size of a credit card and is implanted just under the skin. The encapsulation device has two main functions: first, the device is designed to protect the cells from both the normal immune response the body mounts against “foreign” implanted cells as well as the T1D autoimmune attack using a protective membrane, or outer device layer. Second, given that the membrane doesn’t allow cells, including blood vessels to pass through, the device is designed to support blood vessel formation along the device surface thus supplying the cells with oxygen and nutrients. This enables the delivery of insulin and other regulatory hormones from the cells to the rest of the body.

ViaCyte began testing PEC-Encap in 2014 in adults with established T1D in a phase I/II trial at centers in the U.S. and Canada. All patients in the PEC-Encap trial have established T1D (at least three years since diagnosis with no detectable beta cell function). As noted in the opening bullets, in early 2016 the trial was “paused due to variability in the engraftment process.” Subsequently, ViaCyte announced a collaborative research agreement with W. L. Gore, a materials science company, in March 2017 to pursue alternative materials and designs with the goal of improving engraftment and now plans to resume enrollment in the third quarter of 2019. ViaCyte also initiated a second phase of the PEC-Encap trial in 2016 to evaluate the long-term safety of PEC-Encap.

ViaCyte reported two-year data on PEC-Encap in 2018 at the ADA conference which showed the product was safe but had limited cell survival rates. In a press release, Laikind quoted, “When engraftment did occur, viable mature insulin-expressing endocrine islet cells were formed. In some cases, insulin-expressing cells persisted for up to two years after implantation, the longest time point investigated in the study.” 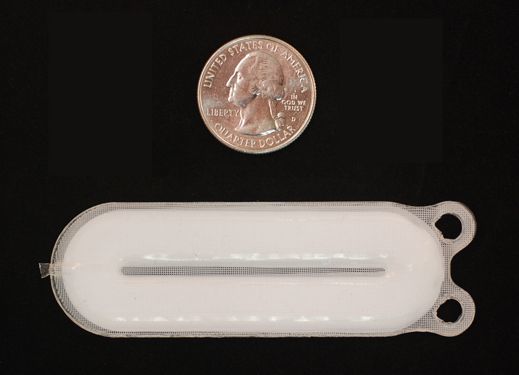 PEC-Direct is designed to allow blood vessels to directly interact with the cells. Because of the open nature of the device, treatment with PEC-Direct will necessitate the use of traditional immune suppression drugs to protect the cells from the autoimmune attack. Laikind described the immune regimen as largely the same as the treatment required for standard islet cell transplantation. This approach has been identified by ViaCyte as particularly applicable for high-risk T1D patients with a high incidence of severe hypoglycemic episodes associated with impaired awareness of hypoglycemia (IAH) and patients with extreme glycemic lability.

ViaCyte began testing its PEC-Direct product in a phase I/II trial in 2017. The first phase of the trial, which tested safety, was completed last year. A second phase of the trial was initiated in 2017. This trial remains ongoing and has a goal of testing both safety and efficacy. In January 2019, ViaCyte announced that it has also started a PEC-Direct trial in Europe in collaboration with the Center for Beta Cell Therapy in Diabetes, a translational medicine diabetes consortium.