The 20 Largest T1D Research Centers in the US 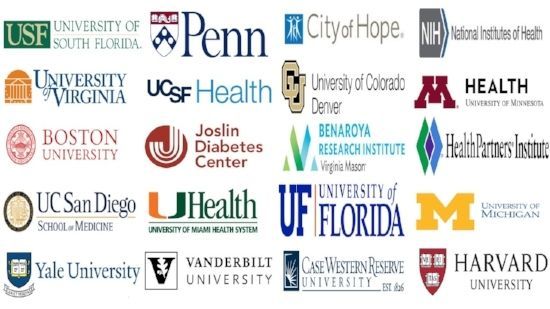 The NIH, funded by tax dollars, is the single largest source of funds for T1D research. In 2016, the NIH awarded $383 million to 246 T1D research centers. The top five research centers received $83.5 million from the NIH in total, as shown in Appendix A below.

The NIH did not fund any Practical Cure projects in 2016, and very little funding went to cure-focused research. 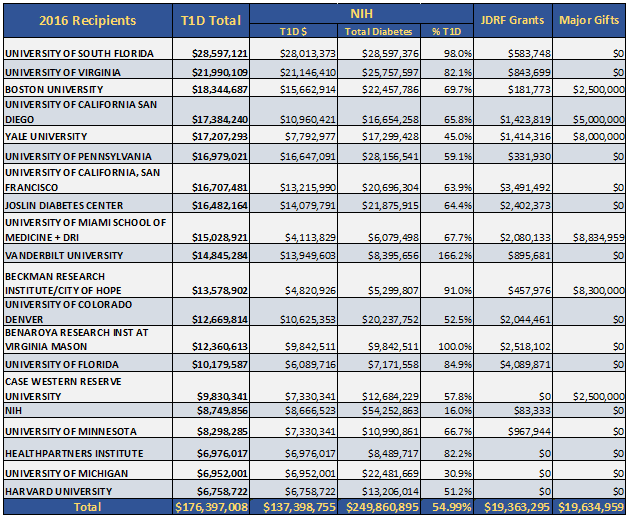 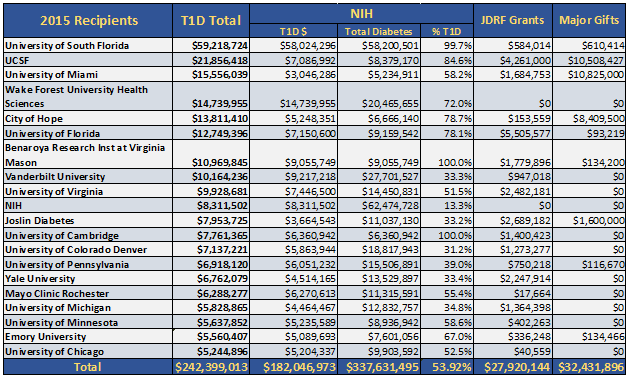