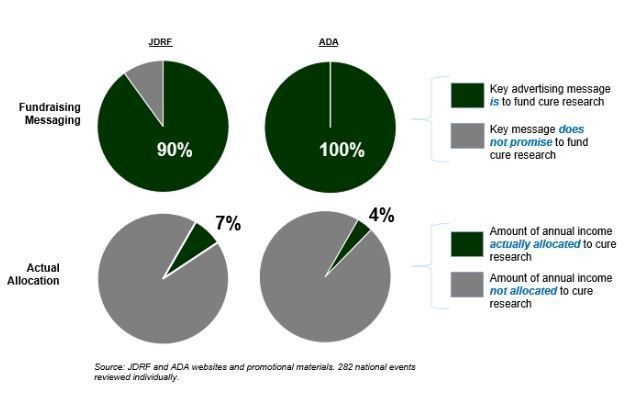 This is the seventh annual review of advertising messages used by the ADA and JDRF at national fundraising events. During 2018, the ADA and JDRF advertised for a total of 282 national events including walks, rides, and galas. These events, when combined, generated over $350 million in donations— nearly 3/4 of JDRF annual income and 1/2 of ADA annual income. In conducting this analysis, the JDCA individually reviewed each of the 282 events.

Our analysis finds almost all of the ADA and JDRF national event advertising promises to use the proceeds to fund cure research. However, only a small portion actually ends up being allocated to cure research funding (see Appendix B & C). The majority of the money raised is used for other activities including non-cure research, overhead, fundraising, and publications.

The ADA and JDRF continue to exploit the promise of a cure as their primary fundraising message. Yet, the amount of money that actually reaches cure research has been declining for over a decade at JDRF and has remained at minimal levels at the ADA.

At the same time, event participant and financial contributors continue to state that the number one reason they are active in these events is to raise money for cure research, pointing to a strong misalignment between how money is raised, how money is used, and donor priorities. The JDCA believes that both organizations have a moral imperative to either increase cure research spending or decrease the percentage of advertisements which rely on the cure promise and exploits donors passion for finding a T1D cure.

Appendix A: Percentage of Franchise Events that Feature a Cure Promise 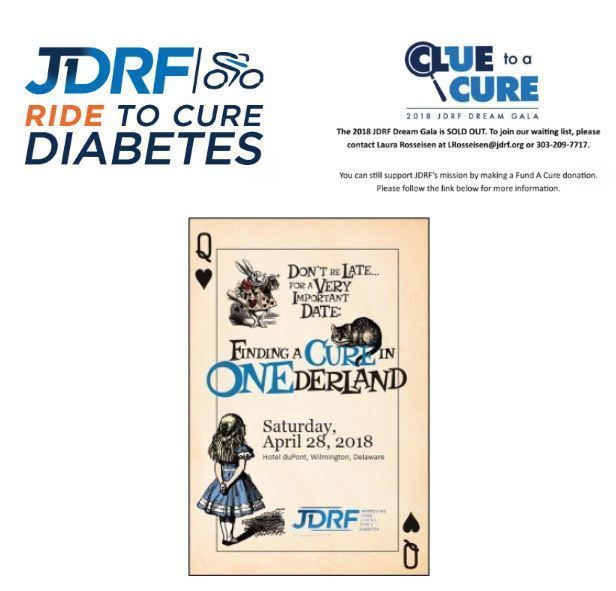 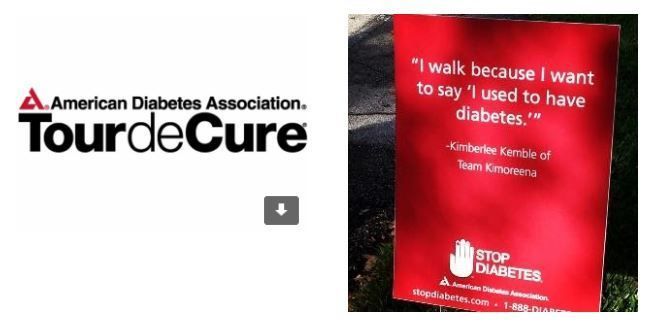