ADA 2017: Only 4% of Income Dedicated to T1D Research Grants 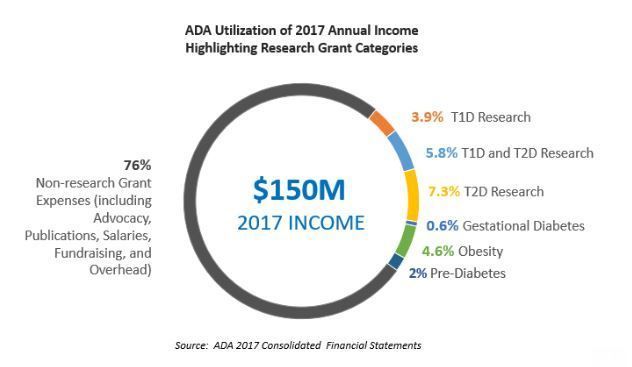 This week, the ADA released their audited financial statements for 2017. This is the sixth year that we have reviewed these financial documents and the key point remains the same— the ADA focuses most of its resources on T2D research, advocacy and education and spends very little of its annual income on T1D research.

However, the JDCA continues to believe that the ADA, because of its national presence and fundraising effectiveness, has the potential to bring game-changing innovation to the T1D research community should their commitment to T1D research increase materially.

All financial data is contained in the ADA's publicly available financial documents, and project abstracts can be reviewed through the research project database. 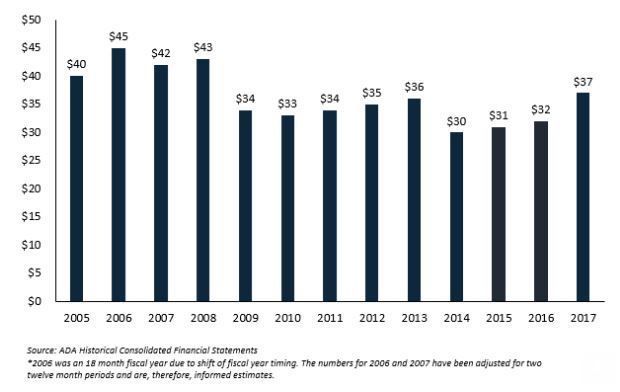 Appendix B: Percent of Annual Income Spent on Research (All Types) by Year 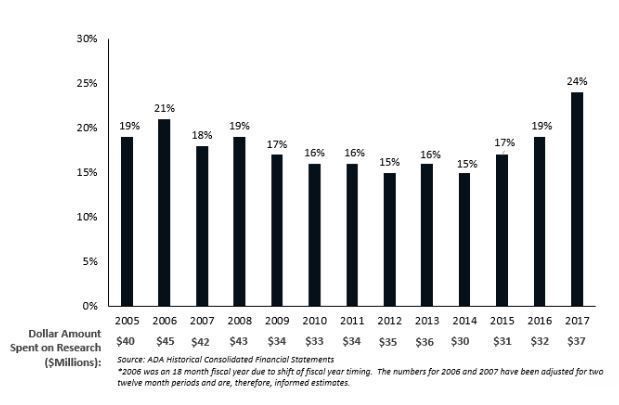