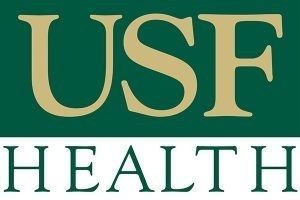 This is the second in a series of reports on the top five largest T1D research centers in the U.S. It features a profile of the University of South Florida (USF) Diabetes Center. In addition to an overview of the organization itself, these reports also examine the current research and research spending at the university.

The main takeaway from this report is that the USF T1D research budget is substantially larger than any other research center in the United States. In 2015, the most recent year this data was available, USF’s total budget was $59 million, three times larger than the second highest funded research center.

The USF Diabetes Center was established as part of USF Health in 2012. The Diabetes Center provides resources for patient care, diabetes education, and clinical research. It also investigates screening, prevention, intervention, and device studies for both type 1 and type 2 diabetes.

In addition, USF is also home to the Health Informatics Institute, an advanced data analytics and research facility designed to coordinate, analyze and maintain research data from NIH-sponsored clinical networks investigating the causes and outcomes of type 1 diabetes, as well as other diseases.

The director of the Diabetes Center and the Health Informatics Institute, Jeffrey Krischer, is the #1 NIH-funded principal investigator in the world. He received his Ph.D.from Harvard University in Applied Mathematics and his background in data analytics has served as a core reason as to why USF has been awarded grants for large data-driven NIH-sponsored studies.

Within the T1D community, USF’s main organizational focus is data collection and trial coordination, as opposed to a clinical research. As a trial lead and data coordinating center, USF is tasked with overseeing multi-university collaborations, coordinating large trials and data collection across institutions, specifically the Identification of Environmental Triggers of T1D (TEDDY) and TrialNet Pathway to Prevention studies.

Consequently, USF is currently not testing any Practical Cure or cure research of any kind. Four of the six active trials which USF is leading or participating in are focused on T1D genetic testing, data gathering, and prevention research. Of the other two, one is testing the new Medtronic Artificial Pancreas and one is a behavioral study testing the impact of a cell-phone management program in reducing stress. An overview of TrialNet and TEDDY is listed below and an overview of all active research is listed in Appendix A.

As mentioned above, USF had the largest budget of any research center. A breakdown of the USF 2015 budget is shown below: 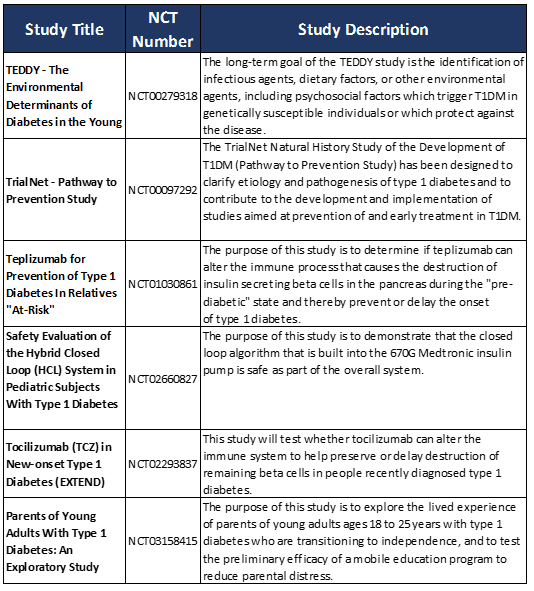