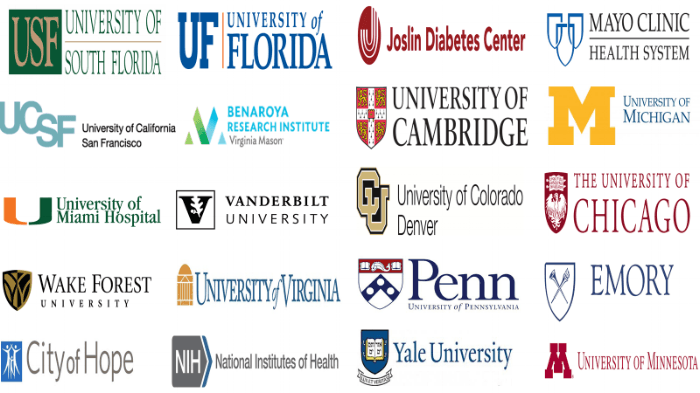 This report provides an overview of the top 20 type 1 diabetes (T1D) research institutions with the largest allocated budgets during 2015. Our analysis includes three main budget sources: 1) The National Institute of Health (NIH) research grants for T1D; 2) Juvenile Diabetes Research Foundation (JDRF) research grants; and 3) major donations or gifts from independent sources, including family foundations and 'captive' fundraising organizations. The JDCA will provide deeper profiles of the top 5 research centers over the upcoming months.

The NIH, funded by tax dollars, is the single largest source of funds for T1D research and provides funding for over 150 organizations. In the year 2015, the allocated funds by the NIH for T1D Research totaled $338 million. Out of the $338 million, the NIH dedicated roughly half to T1D research exclusively. The top 5 research centers in total received $88 million from the NIH as shown in Appendix A below.

In addition to NIH research grants, the next two largest sources of funding for T1D research among the top 20 research centers were direct donations and JDRF grants. Key highlights follow:

Several of the top centers are very effective at raising money on their own. Some examples include the Diabetes Research Institute, which has set up its own fundraising foundation. Other centers like City of Hope, Joslin Diabetes Center, and University of California, San Francisco have built successful institutional fundraising apparatuses. 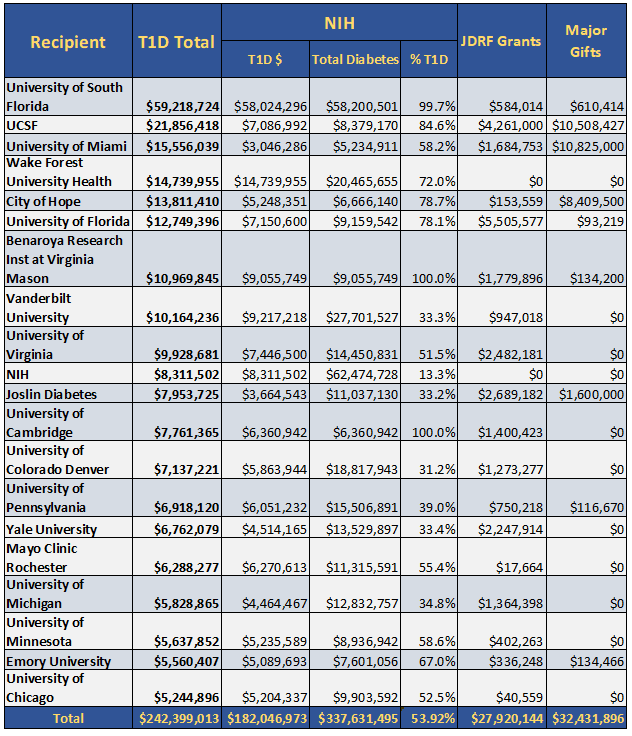