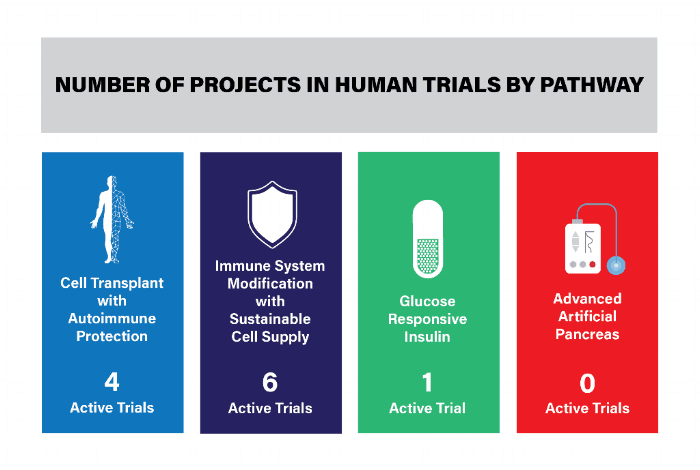 This report reviews the 11 active Practical Cure (PC) research projects underway in FDA approved human clinical trials. A summary of these projects is presented in the charts below by pathway and includes the project title, description, location, and status. A full definition of a Practical Cure, as well as the four research pathways, can be found in last weeks’ report, The Four Research Pathways to a Practical Cure for Type 1 Diabetes (Click here to view).

Each of the four PC research pathways represents a different approach to the same endpoint; minimizing the disruptive aspects of T1D. Trials within the same pathway are pursuing comparable research strategies.

The main takeaway is that no new Practical Cure projects have been added in 2017 and one project from 2016 has been abandoned.

Beyond the 11 active projects, there is also an appendix at the end of the report which outlines high-profile emerging Practical Cure projects. These projects are 'emerging' because they are not currently testing in human trials but are moving quickly in that direction. Our coverage of emerging projects is limited to well known, high profile projects such as research being done at the DRI Biohub and Semma Therapeutics.

Projects by pathways are listed below. 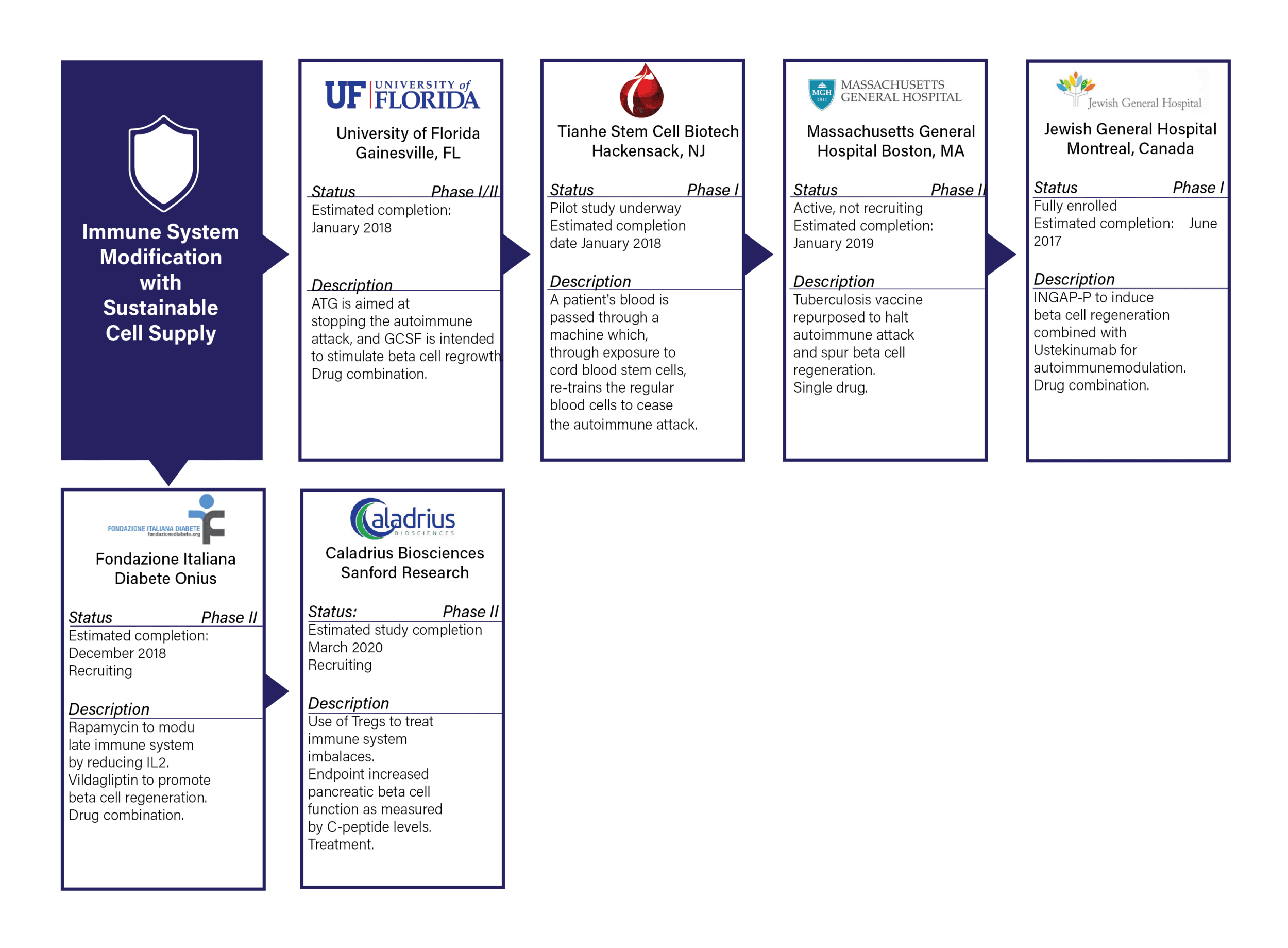 Emerging PC projects include projects which may begin human trials in the next two years. The projects listed below have received a significant amount of media coverage and represent the next-in-line PC projects. However, because none of these projects are currently testing in humans, they are likely more than 15 years away from FDA approval.