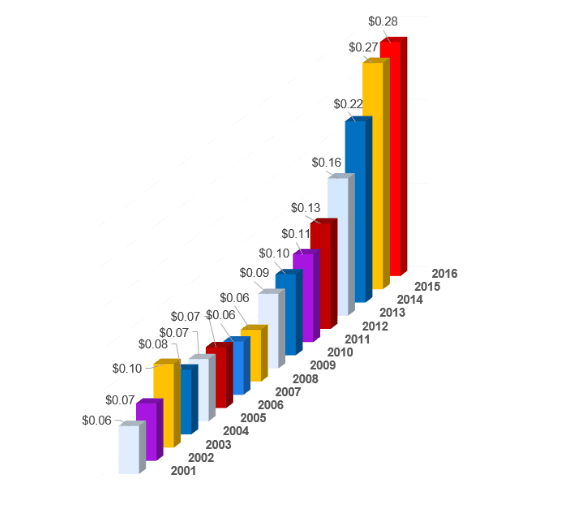 This is the third and final report in a series on JDRF financials. The main takeaway is that JDRF's cost of administering research grants has continued to increase. During 2016, the internal costs specifically associated with selecting and allocating research grants reached $0.28 per dollar of grant, a 16-year high, as shown in the chart above.

These internal costs include all work that is directly related to giving and managing money given to research projects, including salary, bonuses, administration, meetings, travel costs, etc. The costs do not include other principle spending categories like public education and fundraising.

The internal administrative costs per dollar given to research are three times higher than they were in the years prior to 2010. Presumably, a majority of this increase is due to costs related to people, including salary raises and expanding the number of workers. One good reason for this type of increase would be to boost the effectiveness of selecting and managing research grants by hiring people with superior qualifications and skills.

At the same time, research grant spending dropped to historically low levels. Appendix A illustrates the significant increase in the cost of giving research grants compared to the decline of actual research grants. While internal costs increased threefold, the amount of money given to research declined by nearly half since 2008. 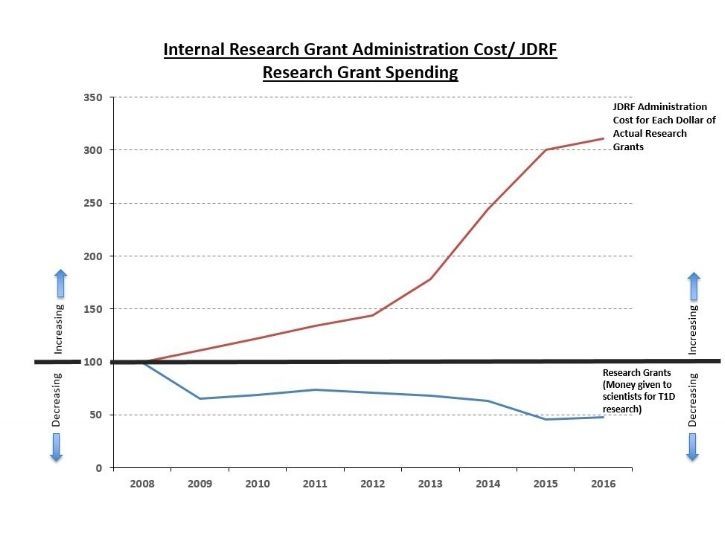 The source for the data is the 2015 JDRF Financial Statements which are available here:  https://www.jdrf.org/about/financials/