JDRF 2016 Income and Use of Donor Dollars 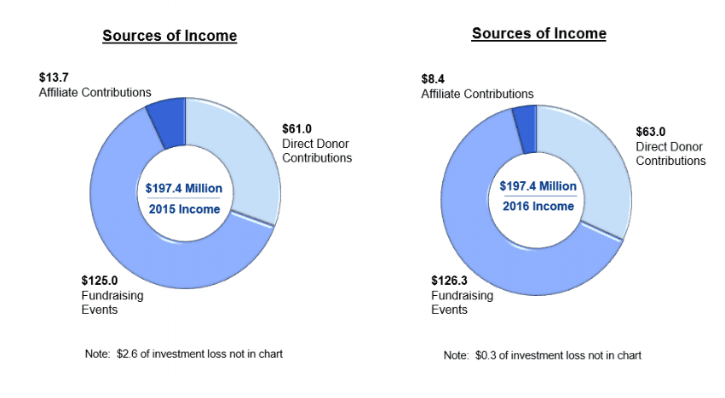 This report analyzes the key sources of income for JDRF and the primary ways this money was used during 2016. All data is sourced directly from JDRF financial statements.

The main takeaway from this year’s report is that research grant spending remains at a 10-year low, and far below the 2008 peak, while all other principle spending categories increased. We continue to believe that JDRF is likely the best-positioned entity in the world to bring fundamental change to people living with type 1 diabetes, but their current research grant spending decline is a cause for concern and raises a key question about organization priorities.

The following are highlights from our review of JDRF income and spending:

See Appendix A for income sources by year.

See Appendix B for changes in spending versus prior years, including five and 10-year comparisons. 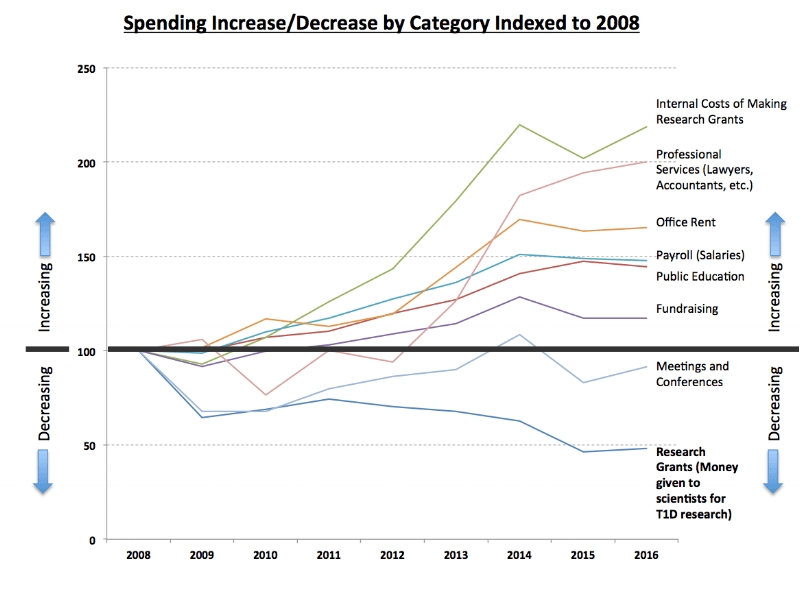 Donor surveys conducted over the past five years consistently demonstrate that the number one reason people make a donation or participate in a fundraising event is to support research. As JDRF is fully supported by outside donors, the JDCA believes the spending agenda should match the core wishes of its donor base. Consequently, we believe increases in internal operating costs require a clear explanation, as there is not yet an obvious and transparent return on this investment for donors. 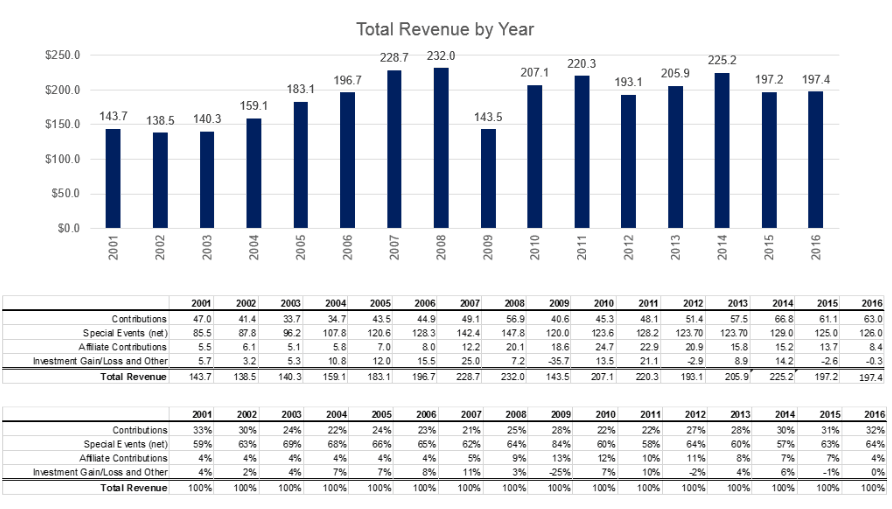 APPENDIX B: EXPENSE TRENDS IN TWO VIEWS OF 2016 VERSUS PRIOR YEARS 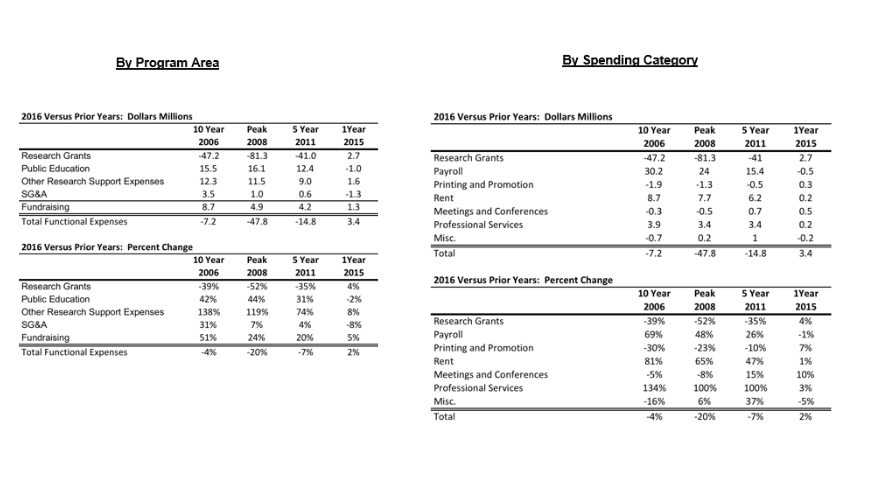