An Overview of Artificial Pancreas Projects by Competitor in Human Trials 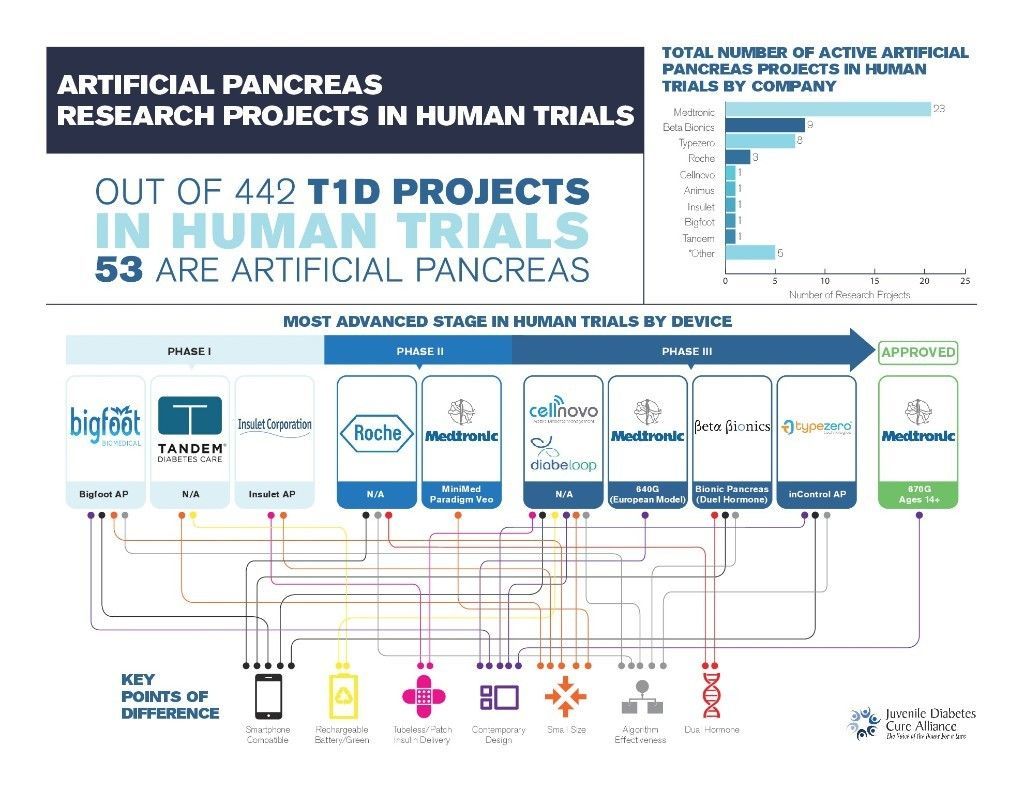 The primary objective of this article is to provide an overview of Artificial Pancreas projects by stage in human trials. Our analysis evaluated the companies involved in AP human trials, differentiating device characteristics, most advanced stage of testing, and the number of trials in which each device was involved.

The Artificial Pancreas is an important and substantial technological advancement which has the potential to significantly ease the burden of those living with T1D. The AP functions as a device that mimics the glucose regulating functions of a healthy pancreas. It automatically works to control blood glucose levels and deliver insulin to prevent hyperglycemia and hypoglycemia. In addition, it also eases the burden of insulin, glucagon, or in some cases insulin and glucagon delivery by eliminating the need for injections.

The AP is a combination of 4 basic parts:

The AP devices being tested within human trials universally consist of the four main parts listed above. In addition, each device also has a set of defining characteristics which serve as helpful comparison points between competitors. Our analysis identified 7 key factors, noted in the bullet points above and defined in appendix B below, which offer users additional benefit. Because the devices currently in development represent the first full AP attempt for each company, it is likely that future devices will include a wider variety and combination of the characteristics available.

THE AP PATH TO A PRACTICAL CURE

As noted above, no device currently being tested qualifies as a Practical Cure. A survey of the T1D community conducted by the JDCA earlier this year found that an AP device must be small enough in size for the user to forget they are wearing it and analytically powerful enough to be fully automated to constitute a Practical Cure. None of the devices being tested in human trials meets these parameters.

Nevertheless, several devices have made promising advancements in algorithm capability and in decreasing the physical size of the AP being tested. The APs in this analysis are only the first wave of devices to be tested and approved for market. As technology is often rapidly iterative, it is our hope that a future device will combine the technological advancements made in the various AP devices and offer a true Practical Cure in the near-future. 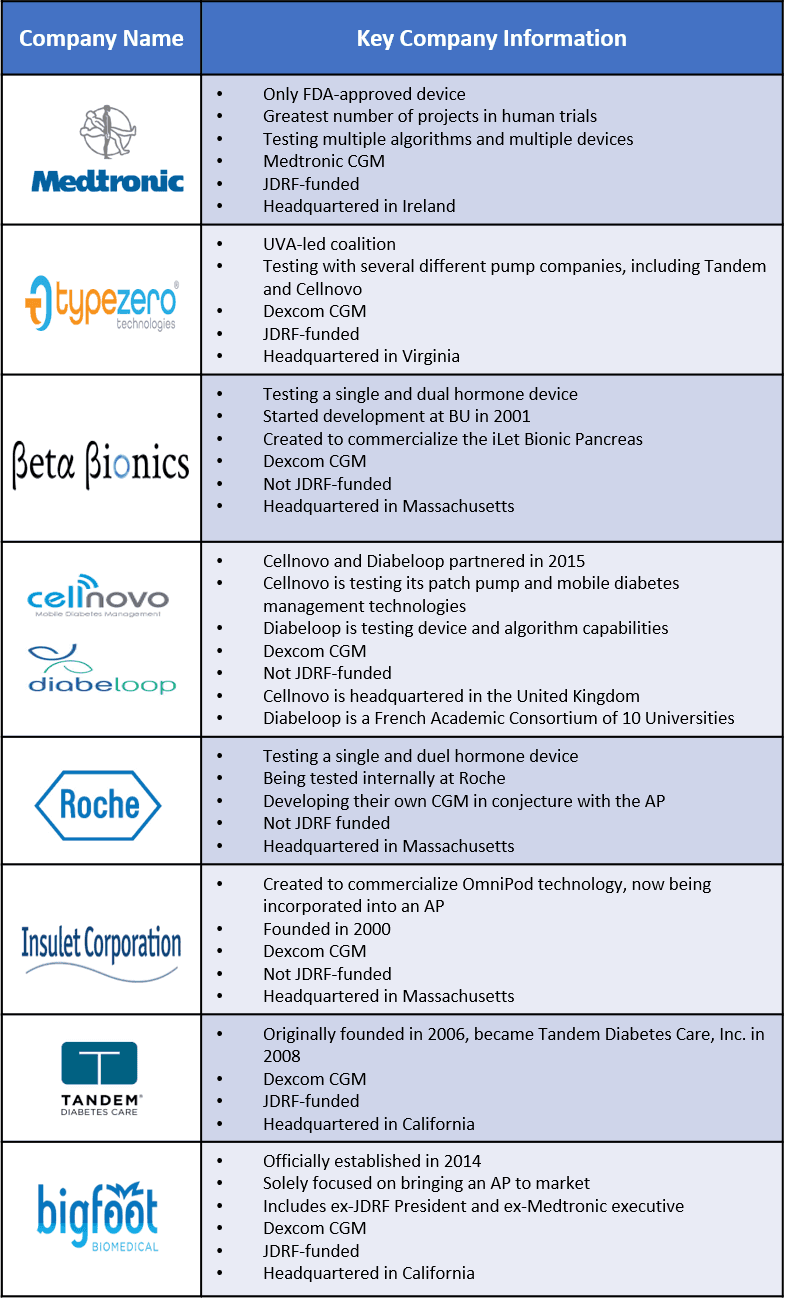 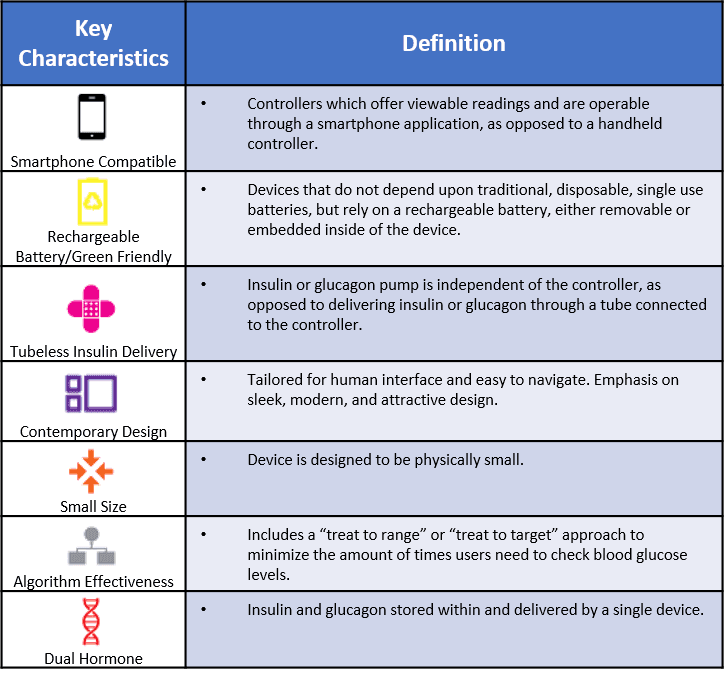 Any device not in human trials was not included, as it is likely years away from market approval due to the rigorous FDA approval process. All FDA-approved clinical trials are registered on clinicaltrials.gov and are publicly available. We included in this analysis all projects that area) open but not yet recruiting, b) actively recruiting, c) active but no longer recruiting new participants.