Who Releases Inaugural Report on Diabetes 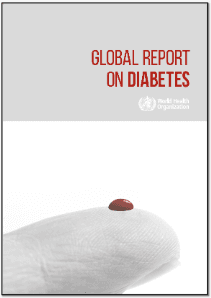 On April 6th, the World Health Organization (WHO) published its first ever Global Report on Diabetes.  It sets out to provide a comprehensive review of diabetes throughout the world and, as a result, has received a fair bit of recent press.

Overall, the 96-page report is of limited value to the type 1 community.  Many of the sections discuss “diabetes” in general without distinction between type 1 and type 2.  The majority of the balance of the report focuses on issues specific to type 2.  However, there are a few findings relevant to people with T1D which are highlighted below.

The WHO report has four main sections; Global Burden, Prevention, Management, and National Capacity for Prevention and Control of Diabetes, and offers a global analysis of diabetes incidence, healthcare availability, and management.  The report does not address cure research or cure progress.

The analytic information utilized in the report is compiled from a large pool of academic studies conducted over the past 20 years.   It appears that a large portion of type 1-related data, which covered 60 different countries, was compiled from a study that took place from 1990 to 1999, rendering many of the facts out-of-date.

APPENDIX 'A':  INCIDENCE VERSUS PREVALENCE

Incidence:
The number of new cases of a disease within a time frame, usually one year.  This is usually expressed as a rate per population (e.g., 100 new cases within a population of 10,000 results in an incidence rate of 1%).

APPENDIX 'B':  PERCENT OF COUNTRIES BY INCOME LEVEL WHERE INSULIN  IS READILY AVAILABLE 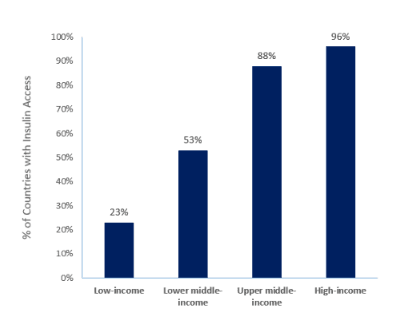