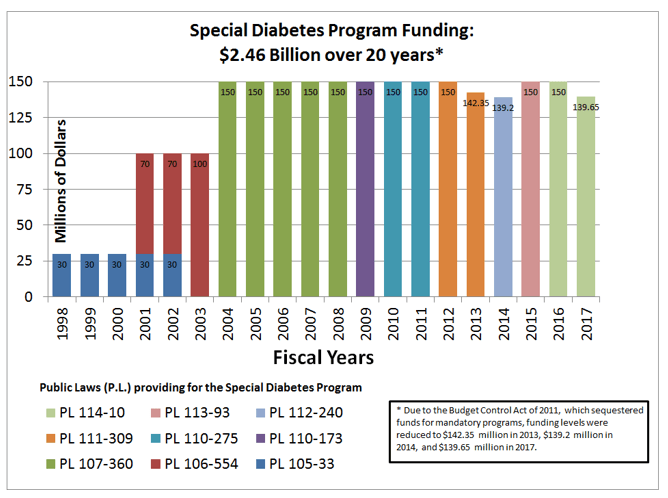 The United States government has set aside a budget each year since 2008 to support type 1 diabetes research, named the "Special Statutory Funding Program for Type 1 Diabetes Research." A progress report was released in June and key takeaways are summarized below.

Congress established this program to spur research that would prevent, cure, manage, and reduce complications of type 1 diabetes. It is administered by the National Institute of Diabetes and Digestive and Kidney Diseases (NIDDK), in collaboration with multiple NIH Institutes and Centers, the CDC, and the US Department of Health and Human Services. The program addresses six long-term goals which are discussed in greater detail along with progress highlights by goal in the table below. A link to the full NIH report can be found at the bottom of this summary. 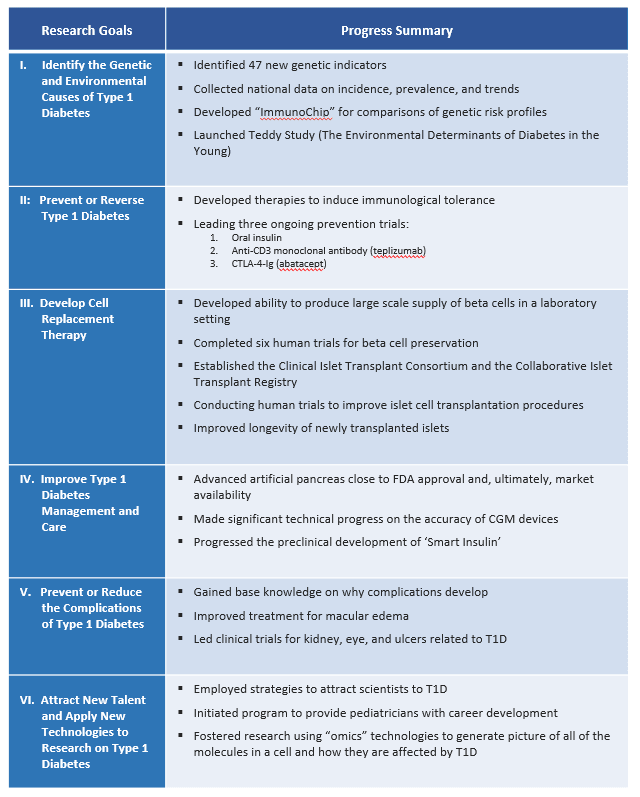