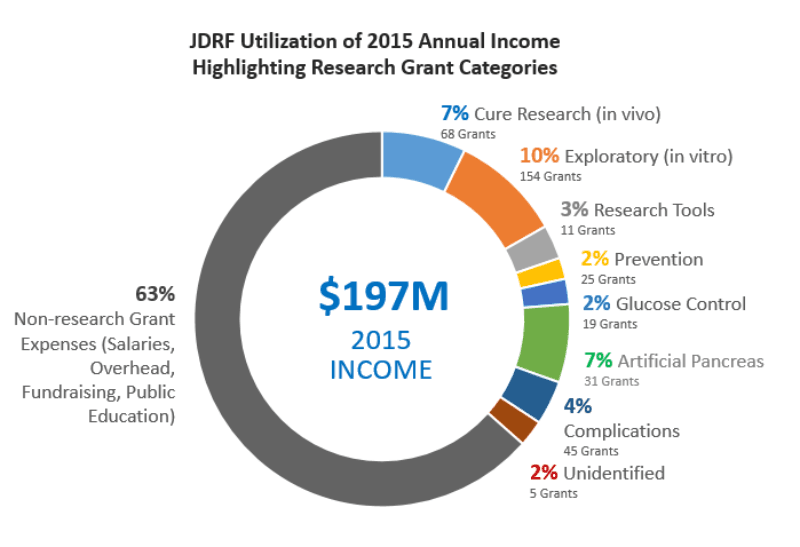 This is the fourth annual review of JDRF research grant allocations. The main purpose of reviewing and sharing this data is to help ensure the number one priority of donors -- to find a cure for T1D -- is being addressed.

In preparing the report, the JDCA reviewed financial data for each of the past ten years and reviewed all 387 projects funded by the JDRF in the fiscal year 2015.  Each of the 387 research project abstracts were individually categorized by research type and development level. Source data, including research abstracts and financial information,  are available to the public through the JDRF website. 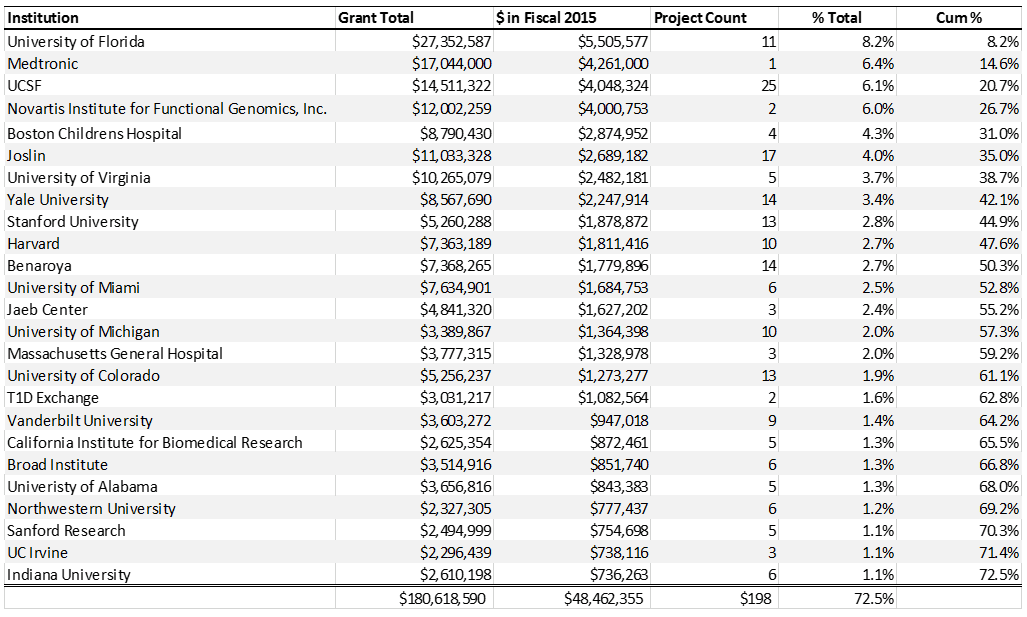 APPENDIX B:  TOP 10 JDRF GRANTS TO INDIVIDUAL RESEARCH PROJECTS IN 2015 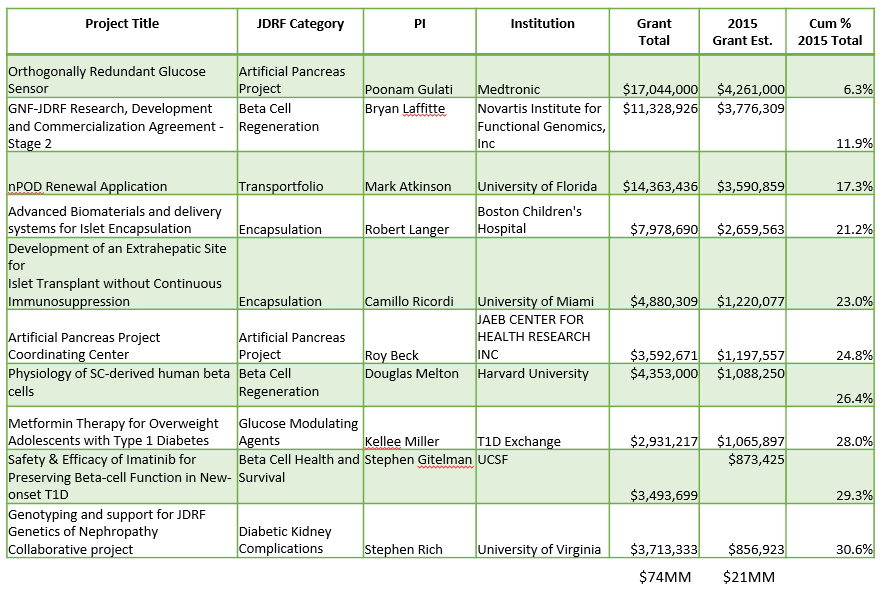 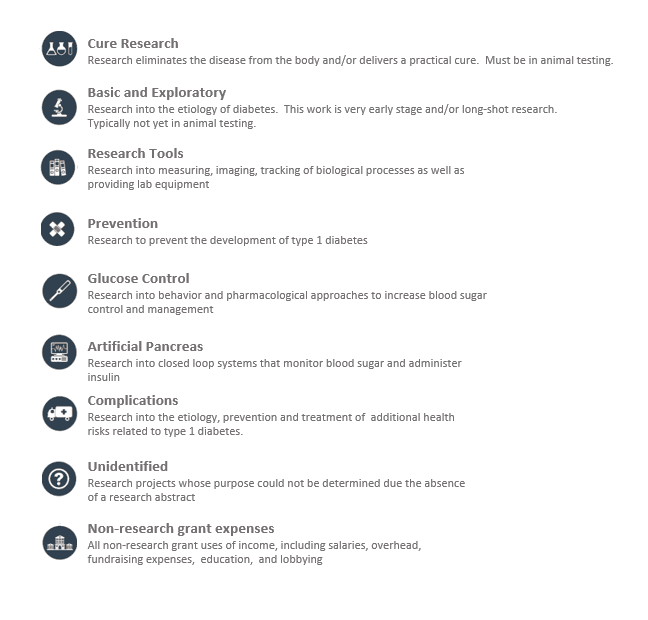