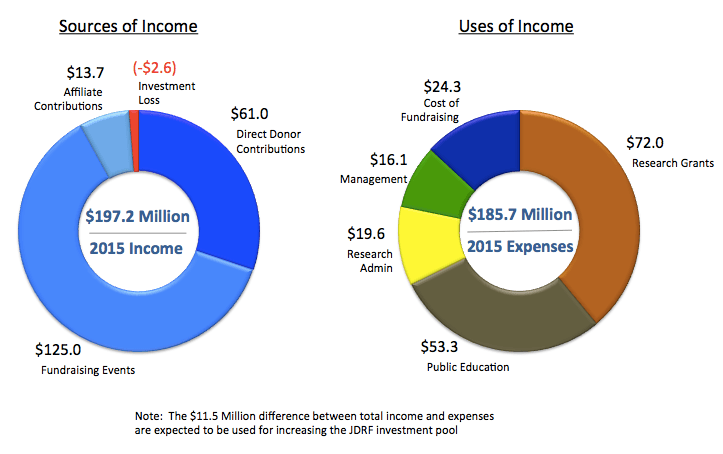 This report will reveal the key sources of income for the JDRF and the primary ways this money was used during 2015.  It is the second in a series following the mid-February release of the JDRF 2015 Financial Statements. The first report focused specifically on the significant and multi-year decline in research spending. All data is sourced directly from JDRF financial statements.

The main finding from this short report is that the directional trends of 2014 continue in 2015.  Money given to research grants drops further, reaching an 15 year low, while money used for public education reaches a 15 year high.This continued and now multi-year trend raises again the question of a drift away from JDRF's core purpose of raising money from donors to support research (the 'R' in the JDRF).

The JDCA holds a point of view that the decline in donor contributions and the shift away from research is not a coincidence.  Donor research conducted over the past four years consistently demonstrates that the number one reason people make a donation or participate in a fundraising event is to support research.  As the JDRF shifts (or drifts) from its historical focus of funding and energizing research for Type 1 Diabetes, donors may seek giving options that are more consistent with their priorities. We believe this is not a favorable outcome and hope the JDRF will make a formal and clear commitment to materially increasing research in the years ahead. 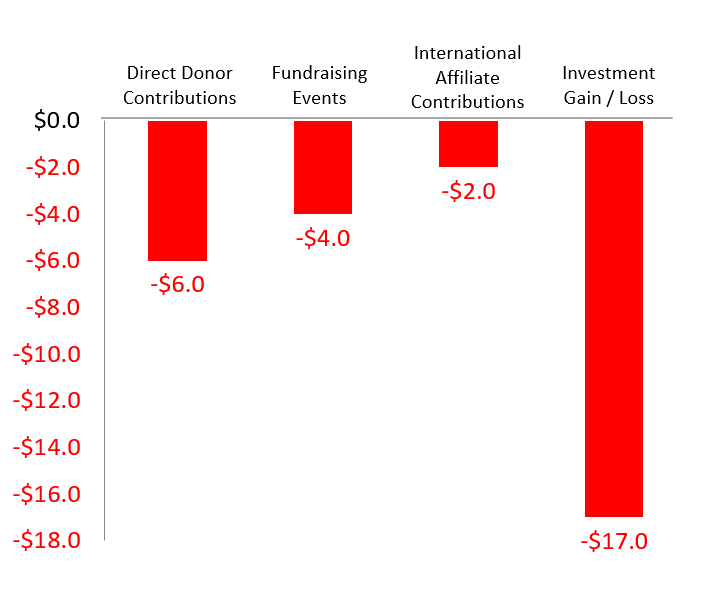 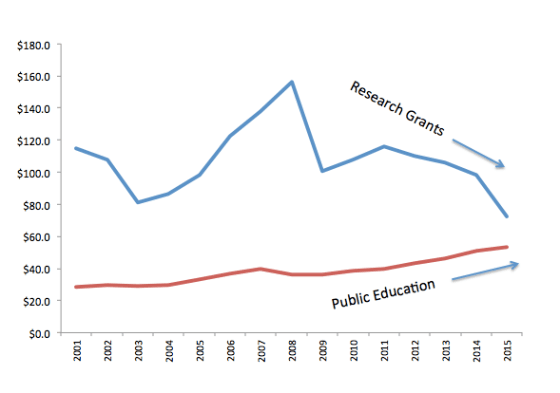