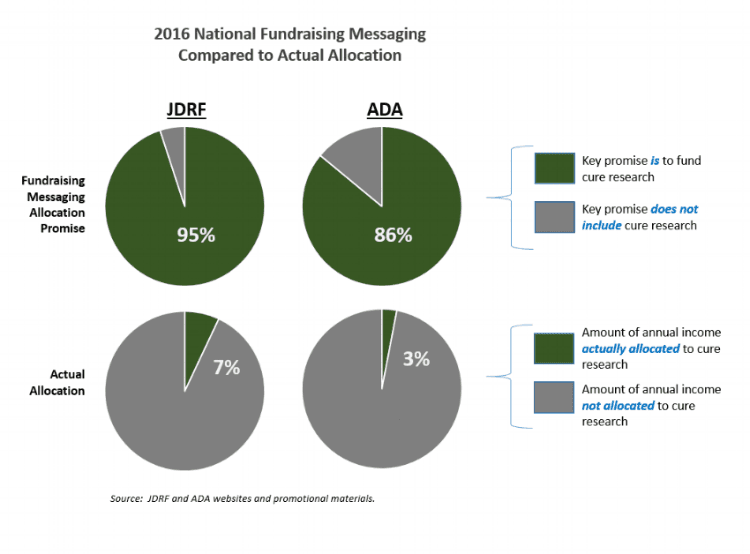 This is the fifth annual review of advertising messages used by the ADA and JDRF at national fundraising events. This year there were 382 national fundraising events, including walks, rides, and galas which generated nearly $400 million in donations. These events are a prime source of funding for both organizations, comprising 2/3 of JDRF annual income and 1/3 of ADA annual income. In conducting this analysis the JDCA individually reviewed each of the 382 events.

This report finds almost all JDRF and ADA fundraising events promise to use proceeds to find a cure, but only a small portion of the money raised is actually used for cure research. The majority of the funds are used for other activities including non-cure research, overhead, fundraising, and publications.  See the opening chart.

It is no surprise that both organizations rely heavily on the cure promise as the primary fundraising message. Donors are passionate that the main reason they give is to fund cure research. Yet, as written about previously by the JDCA, the amount of money that actually reaches cure research is declining. 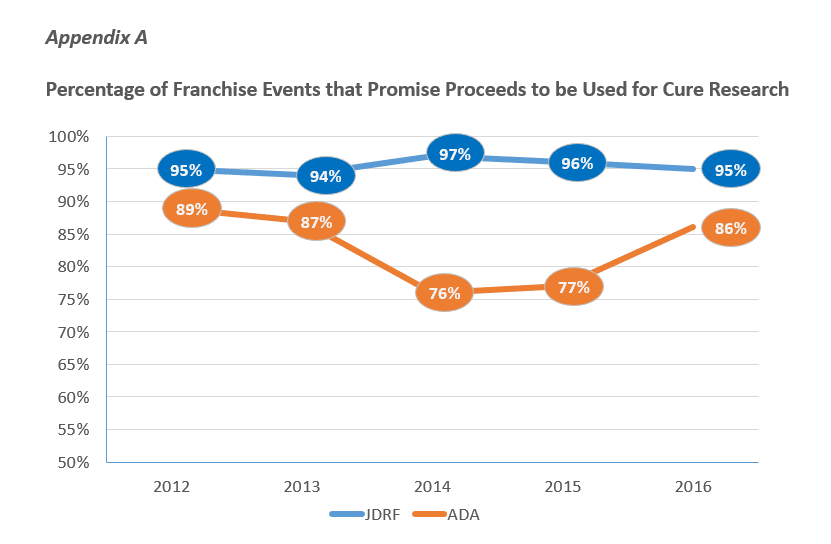