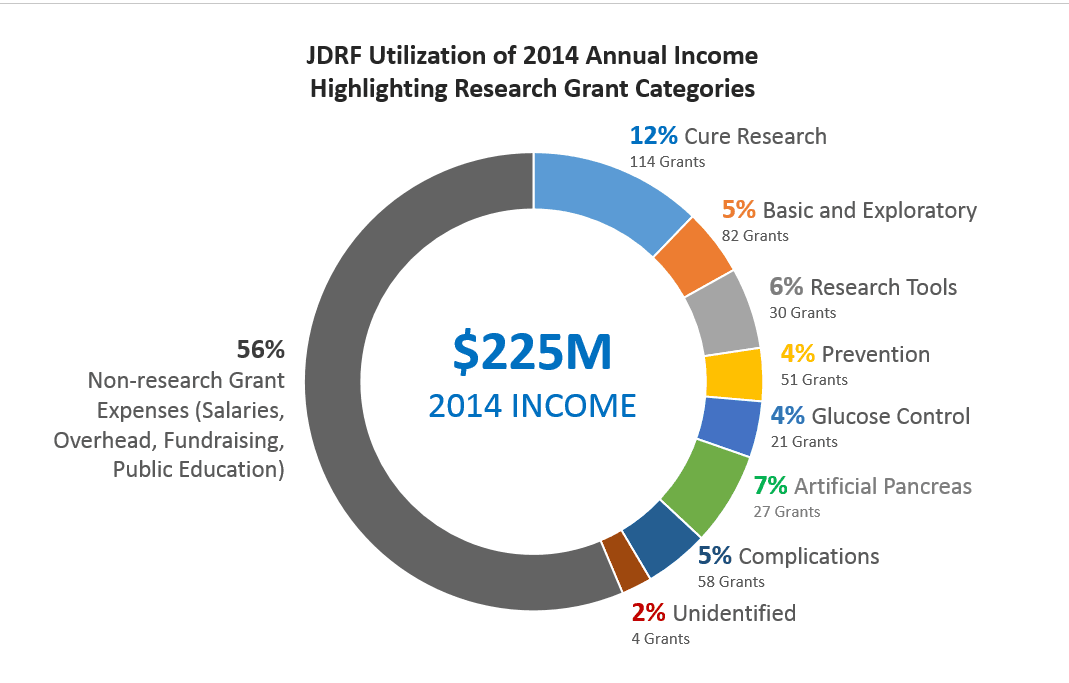 This is the third annual analysis of JDRF's funding of research. The main purpose in reviewing and sharing this data is to help ensure that T1D donor and community priorities are being addressed. The JDRF merits such extensive review and study because, in our view, there is no other organization that is as well positioned to bring about a major T1D cure breakthrough. While some may think these findings are unsettling, our intent is to be constructive and not destructive, and to spur a powerful organization to even higher levels of performance.

In preparing the report, the JDCA team reviewed financial data for each of the past ten years and reviewed all 387 projects funded by JDRF in fiscal year 2014 ( see appendix "C" for macro grant trends). A similar analysis was conducted each of the past two years, providing a rich database to track trends. Each of the 387 research project abstracts were reviewed, one by one, and categorized by both research type and development level. Particular notice was given to all projects that might result in a cure and/or a Practical Cure. All sources are available on the JDRF website. Financial Data is contained in the forms 990 and project abstracts can be reviewed through the research project search engine ( see appendix "E" for sources and links). 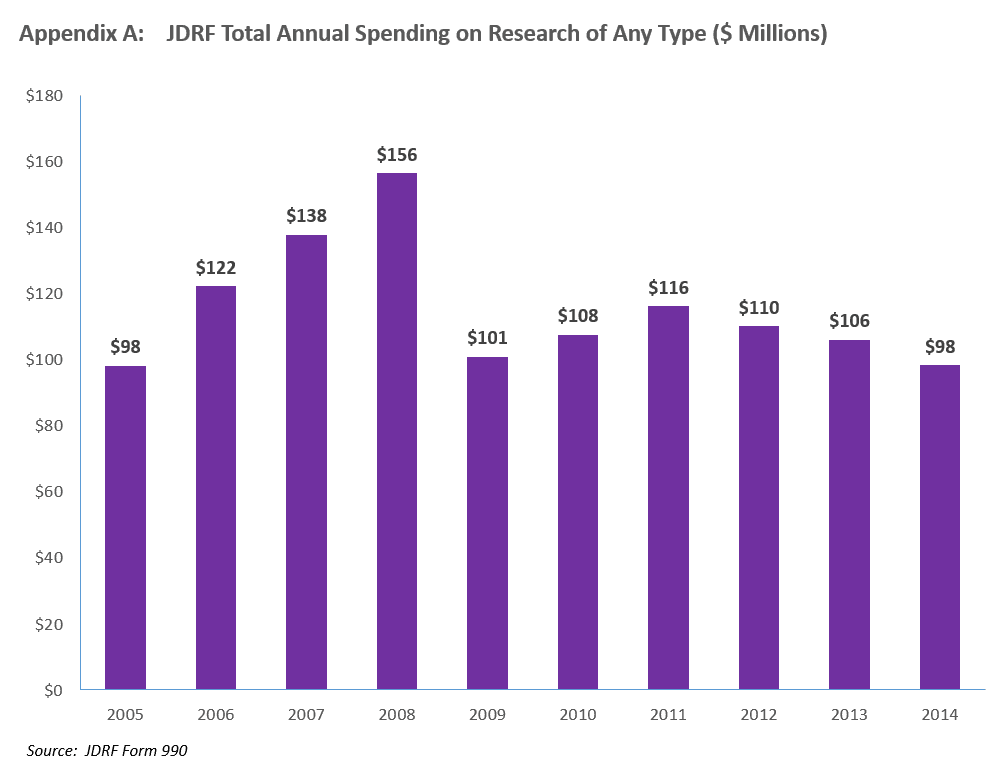 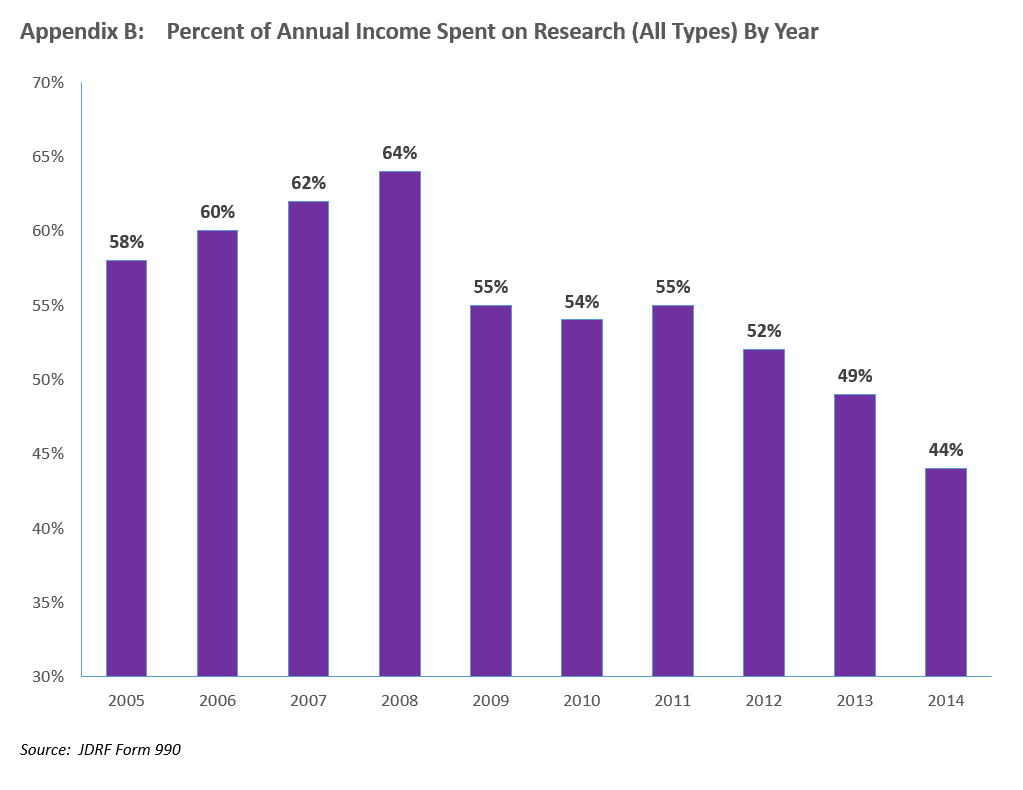 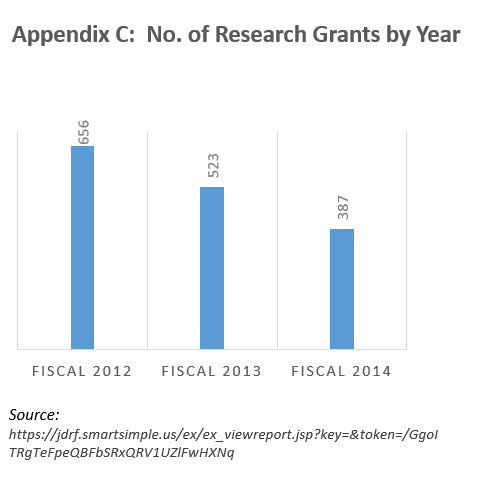 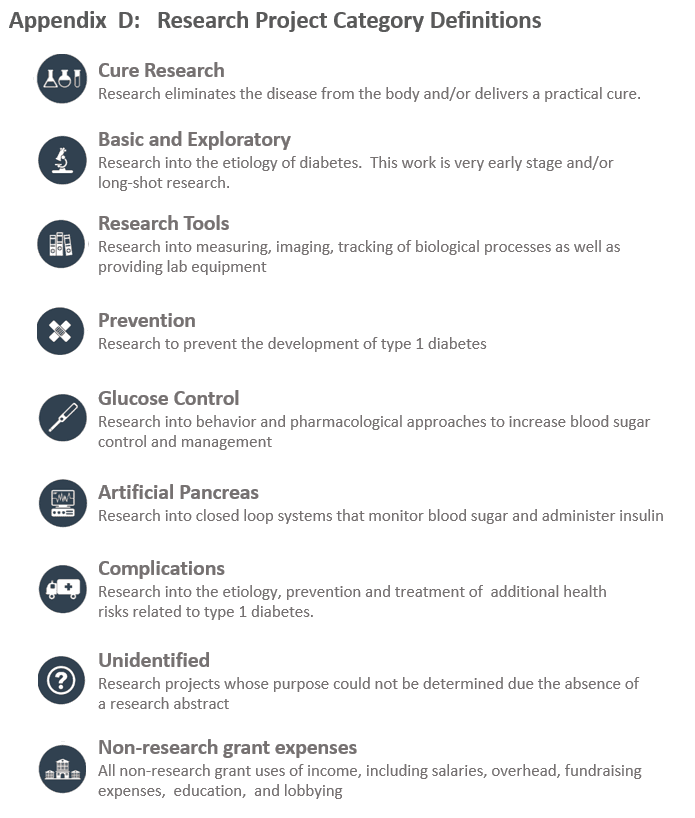 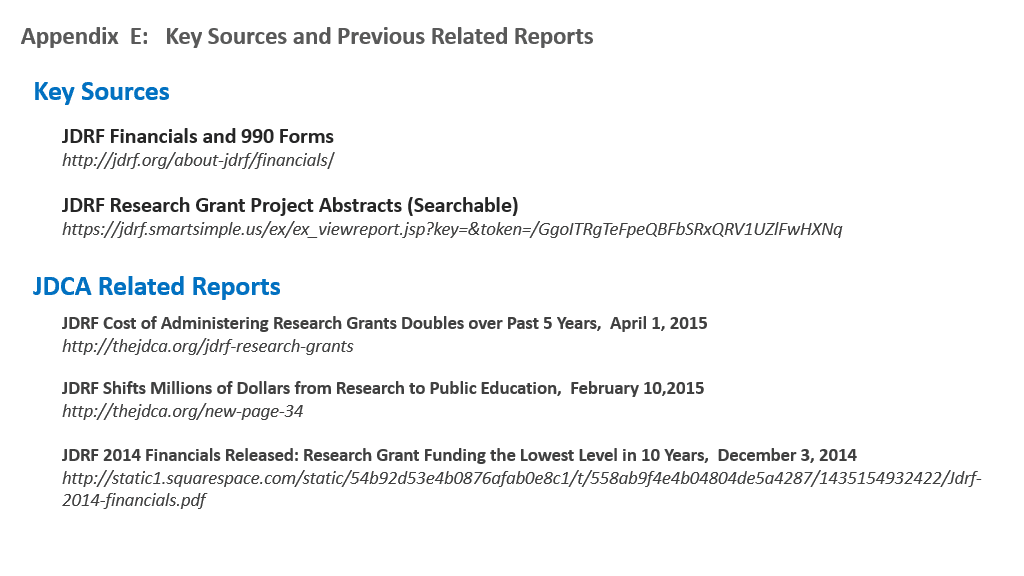