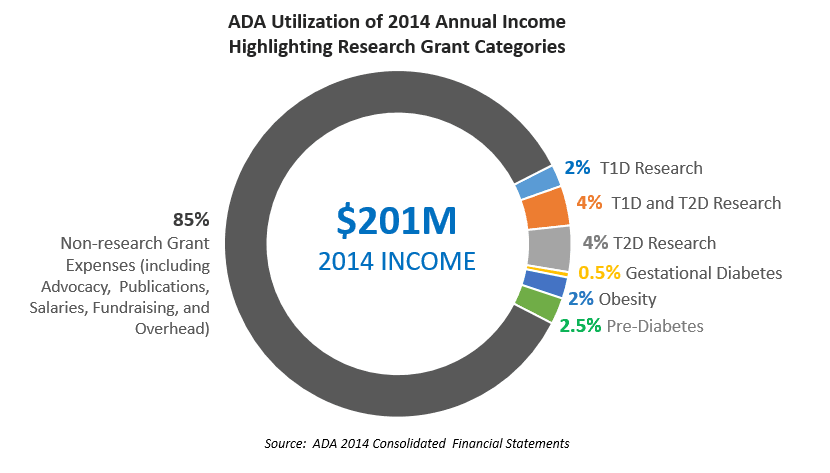 This is the third annual analysis of the ADA's funding for research. The main purpose in reviewing and sharing this data is to help ensure that the priorities of the T1D community are not lost in the ADA's heavy focus on type 2 diabetes. The ADA merits review because it annually raises hundreds of millions of dollars in donations that could be utilized to fund a T1D cure breakthrough. Our hope is that donors will encourage the ADA to shift strategic priorities and to substantially increase emphasis on T1D cure research.

In preparing the report, the JDCA team reviewed financial data for each of past ten years and reviewed all projects funded during 2014.  Financial data is contained in publicly available Forms 990, and project abstracts can be reviewed through the research project database. 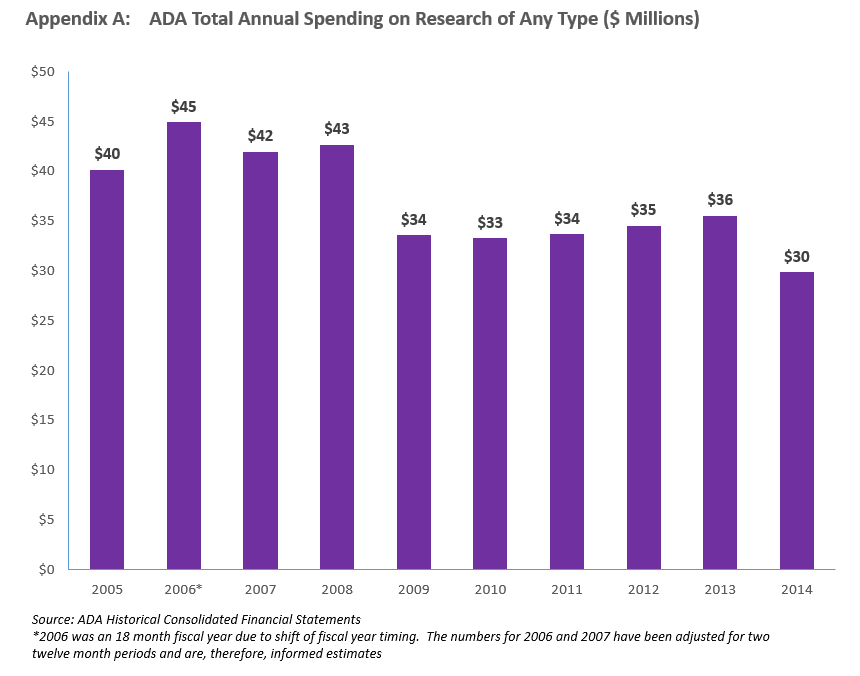 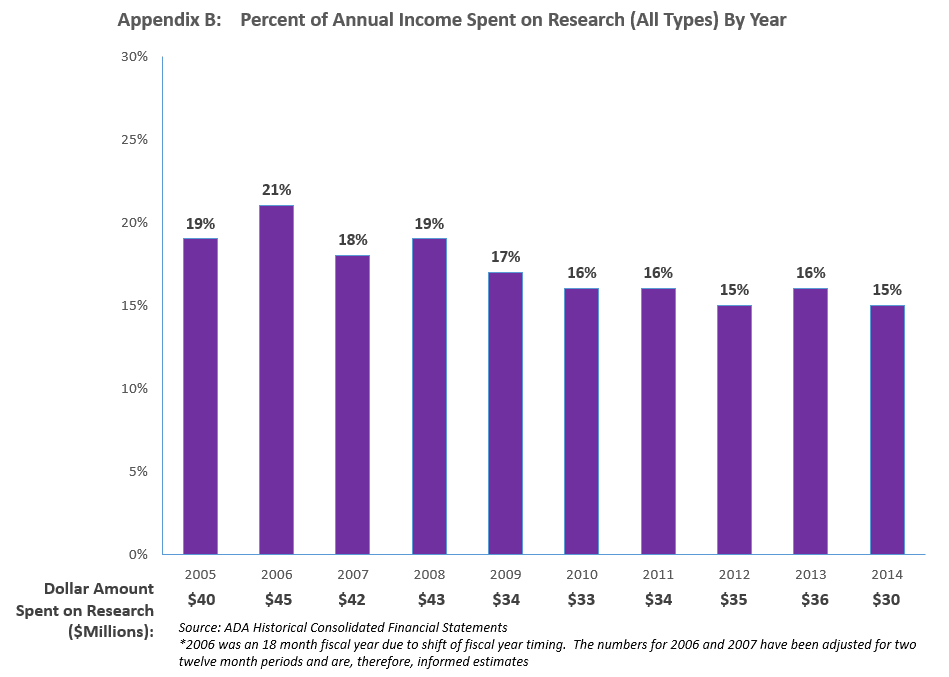