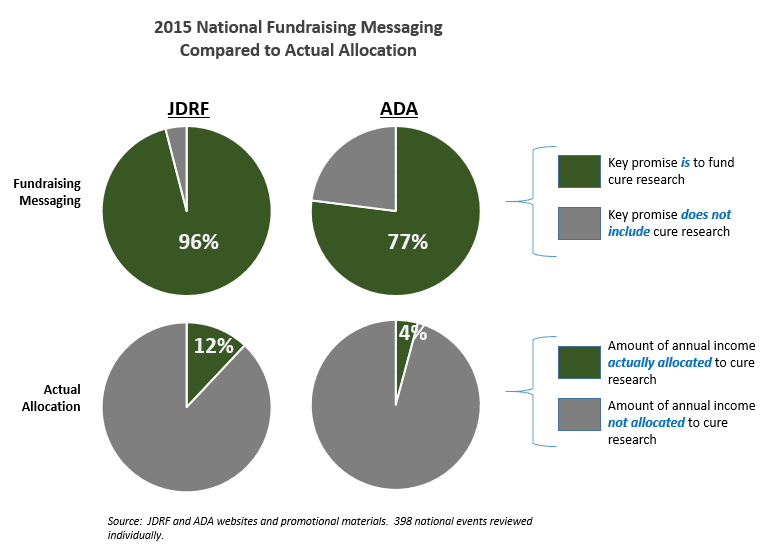 Explanatory Note:
Examples of events with explicit cure messaging use the word “cure” in the event name, such as Walk to Cure Diabetes, Crossroads to a Cure, or Ride to Cure Diabetes. Event titles that implicitly suggest a cure include Promise Gala or Stop Diabetes. In both cases, the promise of a cure is a major selling point for the event, and participants come away with the impression that their contribution will further cure research. 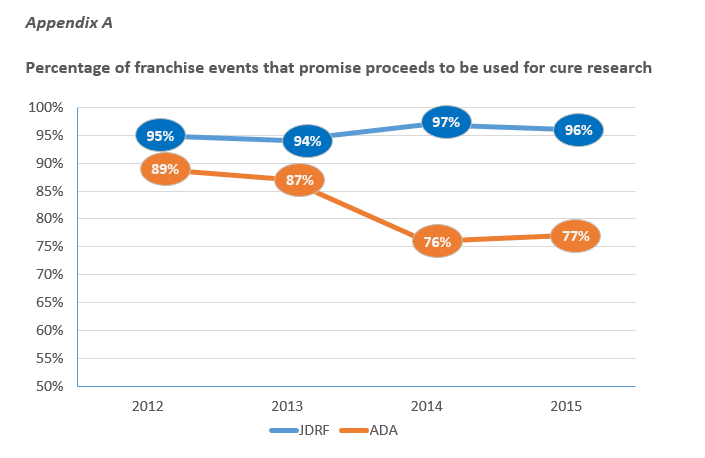 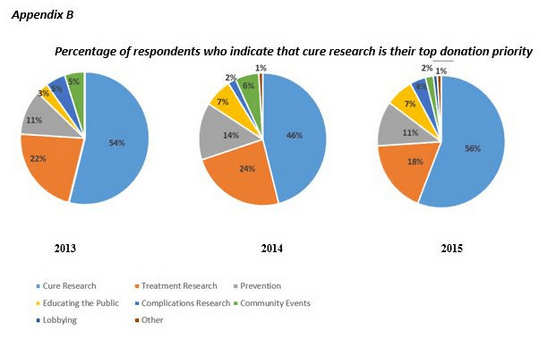