Islet Transplantation: a Potential Pathway to a Practical Cure 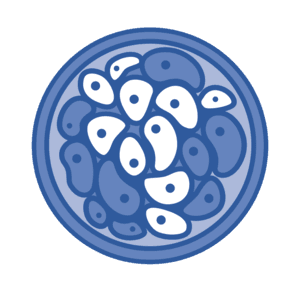 Everyone in the T1D community has imagined a solution that would allow optimal glucose control without the burden of administering insulin or regularly checking blood glucose levels. That is the promise and hope of islet cell transplantation (“ICT”), the only T1D Practical Cure pathway that has shown success in humans to date. This report takes a hard look at where we are today with ICT, where we’ve been, and where we are headed.

An Overview of ICT: Potential & Hurdles

Islet cell transplantation is a surgical procedure in which insulin-producing cells are implanted into patients with type 1 diabetes. This field of research is exciting because a handful of people with fully established T1D who underwent the procedure are now living with optimal glucose control without taking insulin, in some rare cases over a decade after the initial surgery.

However, there are several significant hurdles to making ICT available to everyone, most notably limited cell supply and the need for general immunosuppressive drugs.

A variety of possible solutions are being developed to address both cell supply and protection, but nothing has reached commercialization.

In 2000, an academic team from Edmonton, Canada published a breakthrough article in the New England Journal of Medicine that kicked off 20 years of ICT research. They reported that all seven of the patients treated with their method of ICT remained insulin-free one year after the procedure. This level of efficacy was unprecedented, and the procedure became referred to as ‘the Edmonton Protocol”.

Even though it is estimated that there are 70,000-80,000 people whose T1D is brittle enough that they may be eligible for this surgery1, between 1999 and 2015, just 1,086 people in North America, Europe, and Australia received the procedure2.

Why did so few people undergo the procedure? While a key part of the answer is the limit of supply and the need for general immunosuppressive drugs, there are also important regulatory and practical hurdles.

Overall, the few people who remained insulin-independent a decade or more after their initial transplantation show the promise, hope, and potential of ICT. However, twenty years after the Edmonton Protocol, we are still figuring out how to make the procedure available to more people with T1D.

Despite the significant challenges, the promise of ICT has attracted a number of organizations into the race to solve the problems that limit the procedure. Some are trying to figure out cell supply, some cell protection, and some are doing both. One company is attempting to patent the traditional, cadaver-sourced process.

One big story over the past two decades has been the development of stem cell-derived islets. Because these cells are manufactured in a lab, they have the potential to be produced on a large scale. Several companies are actively working on this, most notably Vertex Pharmaceuticals and ViaCyte, which have active human trials testing their cells. At the 81st ADA Scientific Sessions earlier this summer, ViaCyte demonstrated that its stem-derived cells were able to produce insulin in the body of an immunosuppressed patient with T1D.

At the same time, cell protection solutions are in development by companies and academic research centers around the world. One potential method of protecting the cells is implanting them within a membrane or device. These so-called “encapsulation” methods would provide protection from the autoimmune attack while allowing the cells to respond to changes in blood glucose in real-time.

Over the years, many companies have tested encapsulation devices as local immunosuppression in patients with T1D. However, to date, none of these devices have been able to effectively replace the function of the pancreas. Another potential pathway to protect insulin-producing cells involves editing the genes of cells to stop or avoid the autoimmune attack. If successful, this would solve the cell protection issue and represent a massive milestone in progress towards a T1D cure.

This year, a Chicago company, CellTrans, applied to commercialize its donor-sourced ICT procedure. If approved by the FDA, its islets would be branded as Donislecel and be sold in 1000 mL bags5. The FDA is expected to decide whether to grant a license later this month. The approval of cadaver-sourced islets by the FDA would mark a significant break from the academic research development model used during the past 20 years. The best-case scenario would be that commercializing the ICT procedure would normalize the process and make it available to a much wider range of patients than in the past.

Conclusion: The Decline of ICT Procedures, the Rise of Something Better?

Islet cell transplantation from cadaverous donors into people with brittle T1D has been on the decline for years. At its peak, the procedure was performed 108 times in North America, Europe, and Australia in a single year (2002). By 2015, the procedure was performed just 25 times in those countries. The Collaborative Islet Transplant Registry (CITR), the NIH-funded body which reports on ICT therapy around the world, has not published an annual report since 2017.

Everybody living with T1D understands the value of a solution that completely replaces the body’s ability to respond to changing blood sugars. The fact that this surgery is on the decline, not on the rise, leaves many people with T1D befuddled. Our hope is that the private companies that have recently taken up the islet cell supply and protection challenges will carry the ball forward towards the goal of making ICT therapy a Practical Cure for everyone with T1D.