What to make of T1D in Mice 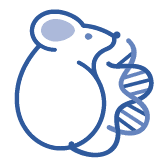 Researchers have cured T1D in mice many times over the years. When they do, their results are often shared with great fanfare in press releases that suggest they have cracked the code of a T1D cure. However, none of the successes curing T1D in mice have translated into a cure for humans. This report seeks to answer the following question: What does the next cure in mice mean for us in the T1D community?

Animal testing has always played a role in the advancement of diabetes research. In July 1921, Drs. Fredrick Banting and Charles Best administered insulin to a dog whose pancreas they had surgically removed. In doing so, they demonstrated that external insulin could effectively treat T1D. One year later, the doctors administered the hormone to a 14-year-old boy with T1D, effectively saving his life.

In the 100 years since Banting and Best showed how insulin could treat T1D, mice have become the animal most frequently used in medical research aimed at curing T1D. Mice are bred so scientists can learn if a new drug, procedure, or device will be safe and effective for humans. The FDA often requires proof of success in mice before it allows a treatment to enter a human trial.

Despite all of the research which has delivered a T1D cure in mice, nothing has worked in humans. In 2012 alone, 18 research projects cured or prevented T1D in mice.1 Nine years later, only one of those 18 projects has advanced into a human trial.

This leads to three overarching questions:

Why do researchers use mice in T1D research?

Researchers use what they call animal models – which are animals that have been manipulated to mimic a human condition – to see if their solution will be safe and effective when administered to human beings. Mice are the most common model because they are inexpensive to breed and can be easily genetically altered. Because they have short lifespans, mouse colonies can be engineered to develop multigenerational genetic diseases, such as T1D, in a relatively short time frame.

When researchers breed diabetic mice, they create a colony that has been manipulated so future generations will be more likely to develop autoimmune T1D.2 This model is known as a NOD (non-obese diabetic) mouse model. While researchers do model T1D in other ways, such as chemically/virally destroying beta cells or surgically removing an animal’s pancreas, the model that is closest to the way people get T1D – and therefore the gold standard for T1D cure research – is the NOD mouse model. Only NOD mice are bred to develop diabetes by way of a spontaneous autoimmune attack, the same basic way people get T1D.

Why is it that so many T1D cures work in mice but fail in humans?

Simply put, mice are not people, and the condition that NOD mice develop is not human T1D. Even though NOD mice are manipulated to develop a condition that mimics human T1D, time and time again researchers with clear successes reversing or preventing diabetes in NOD mice fail to make it to a human trial, and the few that do fail to effectively restore the human body’s ability to make insulin.

According to a 2018 study published in the journal Frontiers in Endocrinology on the role of NOD Mice in T1D research, a NOD mouse “only represents the equivalent of a single human case of T1D.”4 At the end of the day, there is a complicated genetic component to human T1D that cannot be fully represented by a mouse model.

How should the T1D community view the results of mouse studies?

Although success in mice does not directly indicate success in humans, testing in mice is a valuable step in the research process. Success in mice indicates the project has crossed an early-stage research hurdle, potentially paving the way forward to human trials. Without showing safety and some efficacy in a relevant model of diabetes, a new treatment, cure, or device will not get approval from the FDA to move into human testing.

For anyone in the T1D community who is interested in looking into the results of studies in mice, there are a couple of benchmarks to look out for. First, any T1D research that used an animal model of diabetes other than a NOD mouse should raise questions. Namely, why did the researchers not think it necessary to model T1D autoimmunity? Second, early-stage research results should always be peer-reviewed, meaning that another researcher was able to replicate the study, before the treatment should be considered effective.

Mice are a crucial gatekeeper in the T1D research pipeline. Without demonstrated safety and efficacy in a relevant T1D model, a treatment can't progress into further development and eventually human trials. But a cure for T1D in mice is a far cry from a cure in humans – the T1D community should express healthy skepticism when reading about T1D cures in mice.