JDRF CEO Responds to Fb Live Inquiry: “Why No Cure for T1D?” 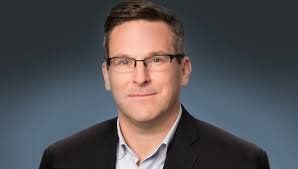 “Why is there not yet a cure for T1D”? This was the first question posed to Dr. Aaron Kowalski, President & CEO of JDRF, during his Facebook Live chat last Friday, April 3, 2020. The topic of the chat was supposed to be “how COVID-19 is affecting the #T1D community,” but a participant who has been living with T1D for 48 years asked the question at the forefront of his mind, and the minds of so many people in the T1D community.

Kowalski tackled the question directly. He explained that in the two decades since islet cells sourced from cadavers were first successfully transplanted into a handful of people with high-risk T1D, researchers have struggled to make that treatment widely available. He said that some people who had undergone the procedure are still insulin-independent today and that this points the way to a cure. “Believe me,” he told the audience, “we are working to make it scalable, and it will happen.”

The research direction that Kowalski highlighted in his talk – supply through stem cells combined with auto-immune protection – would deliver a Practical Cure. But is JDRF ready to direct resources towards this goal? Articulating this promising research pathway should lead to an increased focus involving money, manpower, and clear benchmarks. However, as of 2019, JDRF only spent 38% of its annual budget on research grants and less than ten percent on Practical Cure research. To bring Kowalski’s vision to life with speed, it is time for a change.

Here are four concise recommendations to help JDRF “walk the talk” of its CEO:

The first and most important recommendation is for JDRF to restore research spending levels to historic norms. From the early years of JDRF through 2008, over 60% of each year’s income was used to fund research grants. Since then, that number has steadily declined and now plateaued at 38%. At the same time, spending has increased in all other areas, including advocacy, education, salaries, and overhead.

The second recommendation is for JDRF to establish a focused and defined program for Practical Cure research.

The program should include a clear outcome-based definition, dedicated funding, measurable milestones, and ample incentives to accelerate projects through human trials that can solve the critical pathways of cell supply and protection.

The third recommendation is for JDRF to take active steps to increase transparency and establish a robust dialogue with donors.

Once donors learn the details of how resources are being used, many raise concerns. Seven out of ten T1D donors said they would reconsider donating once they found out only 38% of their donation was attributed to research in 2019. A decrease in fundraising would be a bad outcome for everyone.

4) Actively and materially reward progress toward a cure

As long as the number one priority of donors is finding a cure for T1D, executive compensation should be tied to incentives based upon annual progress towards a cure for T1D.