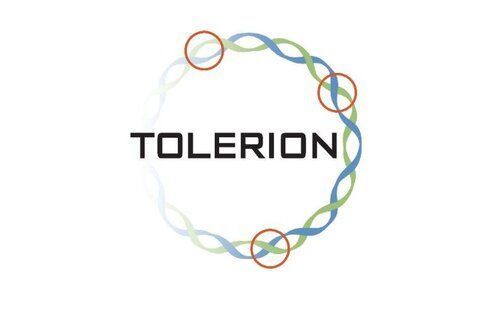 This is an update on TOL-3021, which was noted in the 2019 State of the Cure as a potential Practical Cure for type 1 diabetes. TOL-3021 is a strand of DNA that, once injected into a person with T1D, researchers hope will teach the immune system not to attack beta cells. Of the three trials currently testing TOL-3021 in humans, two are focusing on increasing c-peptide levels in patients more than one-year past T1D diagnosis. This report will:

Just as an allergist might administer small doses of pollen to treat hay fever, investigators hypothesize that periodic treatments of TOL-3021 will train the immune system to recognize insulin-producing beta cells as safe and thus halt the T1D autoimmune attack. Patients will be injected with TOL-3021 at regular intervals (a previous trial administered a 1 mg dose every week).

TOL-3021 is being developed to impact people both newly diagnosed with T1D and people who have been living with T1D for many years (“fully established”). Graeme Currie, Ph.D., Chief Development Officer of Tolerion (the biopharma company that produces TOL-3021) states that “It’s likely that this approach will work best in the very early stages of the disease.” But he adds, “Even in later stages of the disease we believe there are enough healthy beta cells around they’ll be able to produce insulin. It’s sort of preserving the reserve of the patient to produce their own insulin.”  Accordingly, TOL-3021 is being tested in both newly diagnosed and fully established T1D patients.

With the fully established population, success hinges on the residual beta cell mass that many believe remains in the body even after many years of living with T1D. Researchers hope that once the autoimmune attack is curtailed, beta cells will be able to freely regenerate, which can be measured by change in C-peptide.

In a 2011 clinical study, 80 fully established T1D patients (all of whom had T1D for at least one year) saw a modest increase in their beta cell production after 12 weeks of treatment. While the increase was not enough to impact external insulin requirements meaningfully, the trial demonstrated safety and was successful enough that researchers were encouraged to move to further human trial testing.

This trial intends to recruit participants who have a lived with diabetes for a minimum of one year but no more than 5 years. The trial is ‘active’, but it has not yet started recruiting. The design of trial calls for 216 participants and the expected end date is 2023.  Of the three current trials, this is the one that the JDCA will watch closely and may be a pathway to a Practical Cure.

This trial intends to recruit participants who were diagnosed with T1D within 100 days of the study. The trial is ‘active’ but has not yet started recruiting. It plans to enroll 216 participants and the expected end date is 2023.

TOL-3021 continues to conduct human trials with people who have fully established T1D. If researchers are correct that even people who have been living with T1D for many years have sufficient residual beta cell mass so that once the autoimmune attack is halted these cells will freely regenerate, this could pave the way to a Practical Cure and insulin independence.

At this point, however, there still appears to be a long road ahead. The 2011 trial did increase some modest beta cell mass but not enough to reduce external insulin requirements. The current trials may tell a different story but, more likely, we anticipate incremental rather than revolutionary gains.