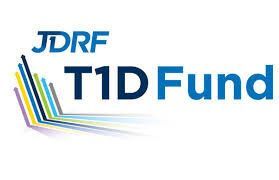 In the publicity following a new investment by the JDRF T1D Fund on October 9th, the Fund’s Executive Chairman stated the Fund would actively begin to encourage previously T1D focused companies to expand their research focus to include other diseases (click here to view). The purpose of this, he said, was a financial benefit.

“With our encouragement, we’ve expanded the business plan to include celiac disease. We’ve taken a Type I diabetes-only company and are encouraging it to become something more than a Type I diabetes only company. Why would we do that? Because we want to help them get financing.”

These comments highlight a shift in strategy from the originally envisioned purpose of the fund— making investments in companies that otherwise would not have conducted T1D research and/or companies that were 100% T1D focused but still in the early stages of development. This new funding strategy sets a precedent that it is OK for the JDRF T1D Fund to dilute a company’s focus on T1D by encouraging it to expand into other diseases for financial gain.

What does this mean for the T1D Community?

The best scenario is that this new strategy allows companies to build a bigger base of knowledge, money, and skills which will be returned to T1D and ultimately speed progress to a cure. But equally likely, this change in mission may become the financial enabler that allows a company previously developing a T1D solution to shift it’s focus to another larger and more lucrative disease area, such as cancer treatment. The risk of this outcome is real and significant.

Because funding for the T1D Fund primarily comes from JDRF donors, the JDCA believes the Executive Chairman of the Fund, Sean Doherty, and JDRF CEO Aaron Kowalski have a fiduciary responsibility to publicly address and mitigate the concerns related to these comments.