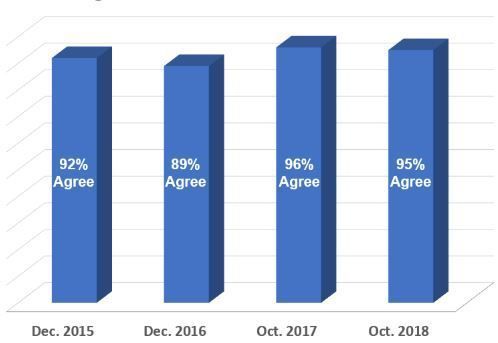 Agree/Disagree: “The Majority/Most of the Money Raised at Fundraising Walks Should Be Used for Cure Research.”

Based on a recent JDCA survey of the T1D community, the primary reason—by far—that people participate in diabetes fundraising walks is to fund cure research. This finding is the same as prior years, as shown in the chart above. There is no ambiguity that walk participants want the money they raise to be used for cure research.

The primary purpose of this survey is to ask the T1D audience why they participate in diabetes fundraising walks. All 908 survey respondents have participated in JDRF or ADA fundraising walks in the United States. There are five key findings shared below:

1. Walk Participants Want "All" or "The Majority" of Walk Proceeds Used for Cure Research

2. Despite the Clear Donor POV Illustrated by the Responses Above, Only a Small Fraction of the Money Raised by T1D Walks is Actually Used for Cure Research

Given the survey results, it is no surprise that the main marketing and advertising messages used to encourage people to walk is a promise that the proceeds will be used to help find a cure. Any other message would likely yield less fundraising. During 2017, 90 percent of JDRF and 100 percent of ADA advertising promised to use the money generated from fundraising events to find a cure for T1D. Consequently, donors expect that the funding will be used for cure research.

Yet, actual research spending remains far lower than the advertising would imply. Only 38 percent ($79m) of JDRF 2017 income and only 10 percent ($15m) of ADA income was used to fund T1D research of any kind, including prevention, treatment, and cure research. More concerning, cure research is even less. JDRF spent only 7 percent of their total income on cure specific research and the ADA spent less than 1 percent. This information is publicly available in financial records.

3. An Increasing Number of Donors May Stop Giving Altogether

One of the most concerning findings from the survey is that 54 percent of donors say that they are less likely to participate in future fundraising walks once they learn how little of the walk proceeds are actually used to fund cure research.

4. Donors Want Input On How Their Fundraising Proceeds Are Used

88% of walkers surveyed said that the ADA and JDRF should seek direct input when making research funding decisions. Yet, donors are not represented in any meaningful way in the budget spending decisions at either organization.

5. Opportunity Cost of Lack of Alignment is Over $300 Million

The dollar cost of this lack of alignment is striking. If JDRF had followed donor's unanimous wish to invest the majority (i.e. 51 percent) of fundraising proceeds into cure research over the past 5 years, the result would have been an increase of over $300 million—a 5x increase over current funding.

We encourage walkers to take action by speaking up and letting team leaders, walk coordinators, and other JDRF and ADA executives know nothing is more important than cure research.