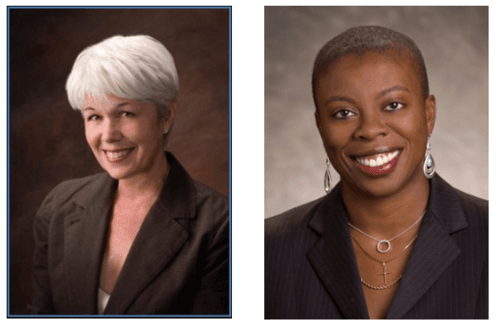 The JDRF recently announced that Ellen Leake will be the new Chairman of the JDRF International Board of Directors (IBOD) starting on July 1st of this year. She will succeed Mark Fischer-Colbrie, current JDRF IBOD Chairman, whose two-year term ends June 30th. Leake, the previous vice chair of IBOD, will be replaced by Jeff Plumer.

Leake began working with JDRF in 1998 when her daughter was diagnosed with T1D. She is also a member of the National Institute of Diabetes and Digestive and Kidney Diseases Advisory Council. Outside of JDRF, she owns her own timber and land development business in Mississippi. Plumer currently serves on the JDRF Audit, Development, and Executive Committees and is a board member of the JDRF San Diego Chapter.

The JDCA welcomes Leake and Plumer and encourages both to make research grant support the top priority of JDRF. As we have noted in past reports, research grant spending by JDRF dropped to only 38 cents of each dollar donated in 2017, down from 67 cents a decade ago. The JDCA is hopeful Leake and Plumer will address this decline in research grant allocations and ensure that cure research is truly and genuinely restored as the primary purpose of JDRF.

The American Diabetes Association named Tracey D. Brown as its new CEO effective June 1, 2018. She replaces interim CEO Martha Parry Clark, who will return to her seat on the Board of Directors.

Brown previously worked as senior vice president of operations and chief experience officer at Walmart Inc’s Sam’s Club Division. She was diagnosed with type 2 in 2004.

The JDCA welcomes Brown and encourages her to immediately increase the ADA's total T1D research funding. As previously reported by the JDCA, the ADA spends only 3 percent of its entire budget on T1D research. The JDCA is optimistic that Brown’s new tenure as CEO will help to realign the ADA's priorities and increase the organizational focus on T1D research and research spending.