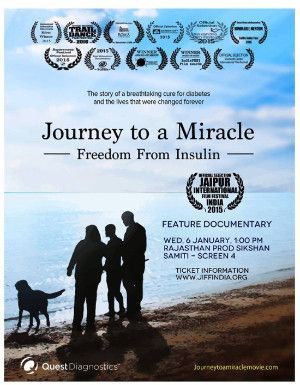 A new documentary that aired on Tuesday evening asserts that T1D is often incorrectly diagnosed.  The film, Journey to a Miracle: Freedom from Insulin, suggests that many children who are told they have T1D actually have a different disease called monogenic diabetes, which can be treated with oral pharmaceuticals. The film is generating some attention and we have been asked by the community to clarify what is fact, what is fiction, and what is not yet known.

We find no evidence to date that indicates T1D is grossly misdiagnosed.  There is very little data and few academic studies that provide direct tracking information.  There does appear to be anecdotal evidence that demonstrates cases of misdiagnosis but we have not found data to indicate how often this occurs.

Based on the data that is well understood, monogenic diabetes is rare and the vast majority of people living with T1D do indeed have T1D.  However, there is no harm in having blood drawn for the gene test done on your next doctor visit.

Jounrey to a Miracle Movie