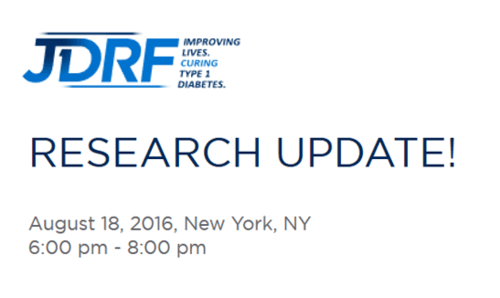 Last night the JDRF hosted a research update in New York City to discuss key developments in type 1 diabetes research and the organization's areas of focus. This report provides a brief overview of the event and includes key highlights.

The event was held in Manhattan and was attended by roughly 40 people.  It featured one speaker, Julia Greentstein, who is the JDRF Vice President of Research, and covered a range of topics, including: