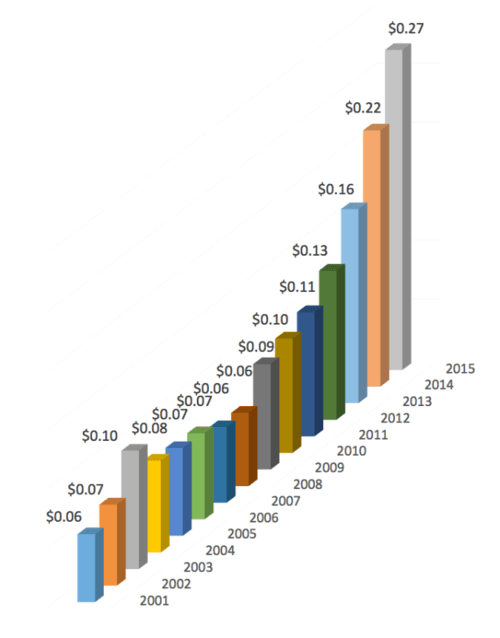 JDRF's cost of administering research grants continues to skyrocket.  During 2015, the internal costs associated with selecting and allocating research grants reached $0.27 per dollar of grant, a 15 year high, as shown in the chart above.   Conversely, during the exact same time frame, the actual amount going to research grants dropped to a 15 low, as we noted in prior reports.  This trend is not sustainable.

From a donor standpoint, the erosion in efficiency means that fewer and fewer of our donation dollars make their way to actual research grants.

As we have stated in prior reports, our main concern and reason for sharing this data is to raise awareness for a trend that may compromise speed to a cure.  Donors concerned by this data are encouraged to express their perspective to JDRF leadership.

The source for the data are the 2015 JDRF Financial Statements which are available here:  http://jdrf.org/about/financials/