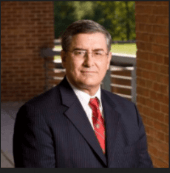 STARTING ON OCTOBER 5TH, DR. PETER AMENTA WILL BECOME THE NEW JOSLIN PRESIDENT AND CEO.  WHERE PREVIOUS CEO JOHN BROOKS BACKGROUND WAS AS A BUSINESSMAN AND ENTREPRENEUR, AMENTA IS A LONG-TERM CLINICIAN AND RESEARCH SCIENTIST.  A FEW HIGHLIGHTS ON HIS BACKGROUND: