Flash Report: Joslin Board Asks CEO To Resign Without Explanation 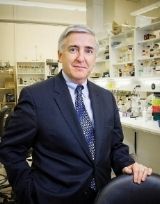 JOSLIN DIABETES CENTER RELEASED ITS CEO OF 4½ YEARS ON MONDAY. ALTHOUGH DETAILS ARE LIMITED AND THE NEWS IS STILL FRESH, HERE ARE A FEW HIGHLIGHTS: